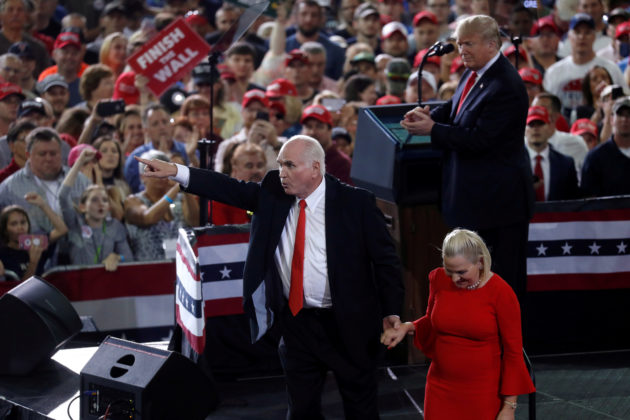 WASHINGTON (Reuters) – At least six members of the U.S. Congress have announced that they have contracted the novel coronavirus, and more than 30 others are or were self-quarantining in hopes of limiting the spread of the pandemic.

Now that Congress has passed a $2.2 trillion economic relief bill, and President Donald Trump has signed it into law, neither the House of Representatives nor Senate is now due back in Washington before April 20 at the earliest.

An estimated 230 House members returned to Washington to pass the relief package on Friday, despite the health risks of traveling and gathering at the Capitol, after Republican Representative Thomas Massie said he would block an effort to pass it without at least half of the House’s 430 members present.

Here is a look at some of the lawmakers affected by the virus:

WHO HAS THE VIRUS?

Velazquez, a Democrat from New York, announced in a statement on Monday that she had been diagnosed with a presumed case of coronavirus, although she had not been tested, after developing symptoms of the ailment on Sunday.

Velazquez was among the House members who returned to the Capitol on Friday.

Kelly, a Republican from Pennsylvania, said on Friday he had tested positive for the coronavirus at a drive-through testing site.

Kelly said in a statement he had started experiencing mild flu-like symptoms, and his doctor ordered the coronavirus test.

Cunningham, a Democrat from South Carolina, said on Friday he had tested positive for the coronavirus, although his symptoms had already begun to improve.

Cunningham had been in self-quarantine since March 19 after learning he had been in contact with another member of Congress who had tested positive.

The Kentucky Republican said on March 22 that he had tested positive and was in quarantine. He said he was asymptomatic and feeling fine and was tested out of an abundance of caution. He had been in the Senate and using the gym there in the days before he received his positive result.

The Florida Republican said on March 18 that he tested positive after developing symptoms on March 14. That was less than 24 hours after he and more than 400 other members of the House of Representatives crowded into the chamber to pass an earlier coronavirus aid package.

The Utah Democrat said on March 18 that he had the virus, also having developed symptoms on March 14. In a statement March 24, McAdams said he had been in the hospital and doctors were monitoring his occasional need for oxygen.

He has since been released from the hospital.

At least six of the 100 senators have self-quarantined because of exposure to Paul or others who tested positive for coronavirus. They are Republicans Cory Gardner, Lindsey Graham, Rick Scott and Ted Cruz. All have returned to public life.

More than two dozen House members have self-quarantined, some after exposure to Diaz-Balart or McAdams, and others after contacts with constituents or staffers who tested positive. Not all are still in isolation.

The Senate’s No. 2 Republican, John Thune, missed the March 25 Senate vote on the $2.2 trillion coronavirus bill after feeling ill and flying home to South Dakota. He later announced that a coronavirus test had come back negative.