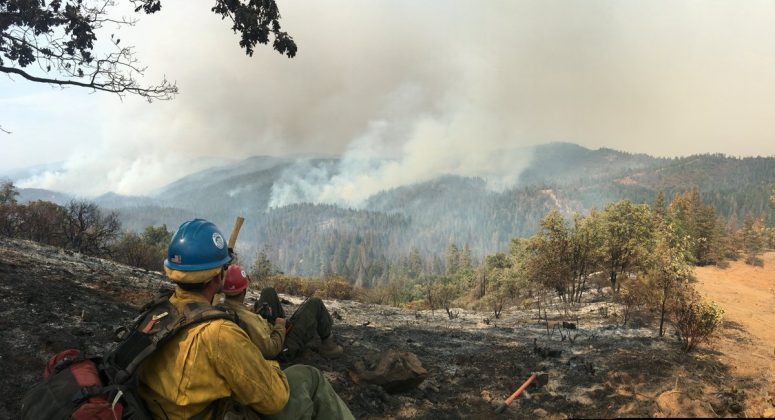 The Sierra Hotshots, from the Sierra National Forest, are responding on the front lines of the Ferguson Fire in Yosemite in this US Forest Service photo from California, U.S. released on social media on July 22, 2018. Courtesy USDA/US Forest Service, Sierrra Hotshots/Handout via REUTERS