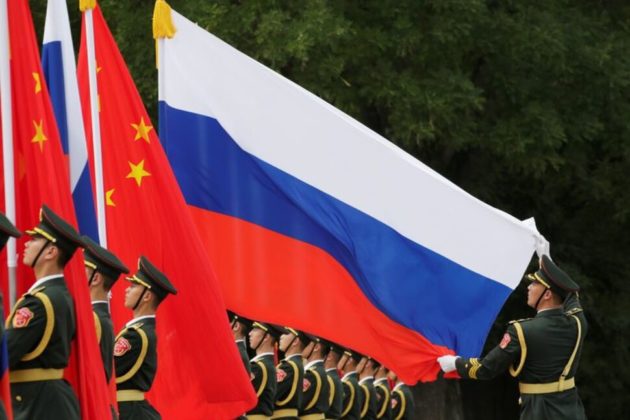 FILE PHOTO: A military officer adjusts a Russian flag ahead of a welcome ceremony hosted by Chinese President Xi Jinping for Russian President Vladimir Putin outside the Great Hall of the People in Beijing, China June 8, 2018. REUTERS/Jason Lee