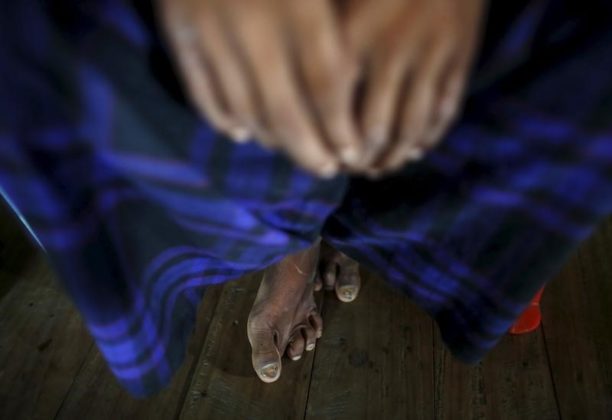 A victim of forced labor speaks during a Reuters interview in a village at Buthidaung township in northern Rakhine state June 10, 2015. REUTERS/Soe Zeya Tun