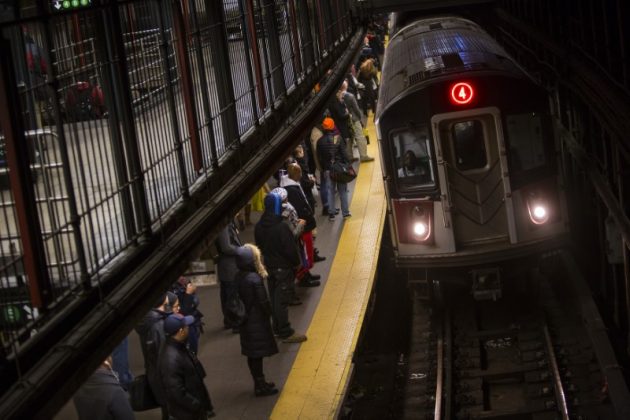 Gross domestic product increased at a 2.1 percent annualized rate instead of the previously reported 1.9 percent pace, the Commerce Department said on Thursday in its third GDP estimate for the period. The economy grew at a 3.5 percent rate in the third quarter.

The government also said that corporate profits after tax with inventory valuation and capital consumption adjustments increased at an annual rate of 2.3 percent in the fourth quarter after rising at a 6.7 percent pace in the previous three months.

Profits were held back by a $4.95 billion settlement between the U.S. subsidiary of Volkswagen AG <VOWG_p.DE> and the U.S. federal and state governments for violation of environmental regulations.

Data on trade as well as consumer and construction spending suggest that economic growth moderated further at the start of 2017. The Atlanta Federal Reserve is forecasting GDP rising at a rate of 1.0 percent in the first quarter.

With the labor market near full employment, the data likely understate the health of the economy. GDP tends to be weaker in the first quarter because of calculation issues the government has acknowledged and is trying to resolve.

A separate report from the Labor Department on Thursday showed initial claims for state unemployment benefits fell 3,000 to a seasonally adjusted 258,000 for the week ended March 25.

Claims have now been below 300,000, a threshold associated with a healthy labor market for 108 straight weeks. That is the longest stretch since 1970 when the labor market was smaller.

Prices of U.S. government debt fell after the data. U.S. stock index futures pared losses, as did the U.S. dollar <.DXY> against a basket of currencies.

STRONG IMPORT GROWTH The moderate economic expansion poses a challenge to President Donald Trump, who has vowed to boost annual growth to 4 percent by slashing taxes, increasing infrastructure spending and cutting regulations. The Trump administration has offered few details on its economic policies.

Economists polled by Reuters had expected fourth-quarter GDP would be revised up to a 2.0 percent rate.

Growth in consumer spending, which accounts for more than two-thirds of U.S. economic activity, was revised up to a 3.5 percent rate in the fourth quarter. It was previously reported to have risen at a 3.0 percent rate.

Some of the increase in demand was satiated with imports, which increased at a 9.0 percent rate. That was the biggest rise since the fourth quarter of 2014 and was an upward revision from the 8.5 percent pace reported last month.

Business investment was revised lower to reflect a more modest pace of spending on intellectual property, which increased at a 1.3 percent rate instead of the previously estimated 4.5 percent rate.

There were no revisions to spending on equipment. Investment in nonresidential structures was revised to show it falling at a less steep 1.9 percent pace in the fourth quarter. It was previously reported to have declined at a 4.5 percent rate.