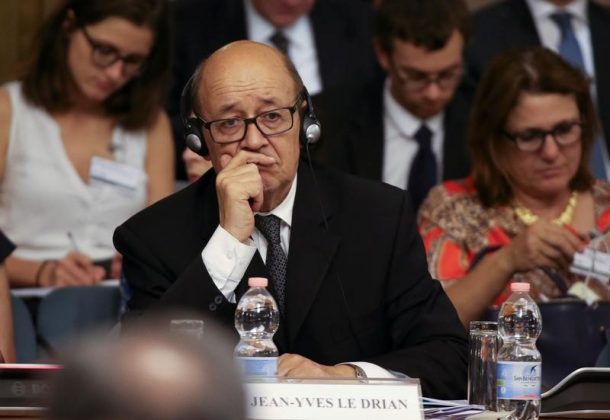 PARIS (Reuters) – France’s foreign minister said on Friday he wanted major powers to agree on a transition plan that would be imposed on Syrians, but ruled out any role for President Bashar al-Assad, who he said had “murdered” part of his population.

Jean-Yves Le Drian’s comments come despite what has appeared to be a softening in Paris’ position since the arrival of President Emmanuel Macron.

Macron’s election victory gave Paris, which is a key backer of the Syrian opposition and the second-largest contributor to the U.S.-led coalition fighting Islamic State, a chance to re-examine its Syria policy.

Macron proposed dropping demands Assad step down as a pre-condition for talks, although French officials still insist he cannot be the long-term future for Syria.

Le Drian, defence minister under former president Francois Hollande, said the anticipated defeat of Islamic State militants meant there was an opportunity for a compromise. More than 300,000 people have died in six years of fighting and millions more have fled Syria.

“He (Assad) cannot be part of the solution. The solution is to find with all the actors a calendar with a political transition that will enable a new constitution and elections,” Le Drian told RTL radio.

“This transition cannot be done with Bashar al-Assad who murdered part of his population and who has led millions of Syrians to leave” their homeland, he said.

Critics accused the Hollande administration of intransigence over Assad’s future, although it later said Assad would have to leave only once a transition process was complete.

That position has put France at odds with Russia and Iran, who back Assad and say the Syrian people should decide their own future.

While Britain has said Assad must go, diplomats say the administration of U.S. President Donald Trump has yet to outline a vision for a political process in Syria and is focusing primarily on defeating Islamic State and countering Iran. 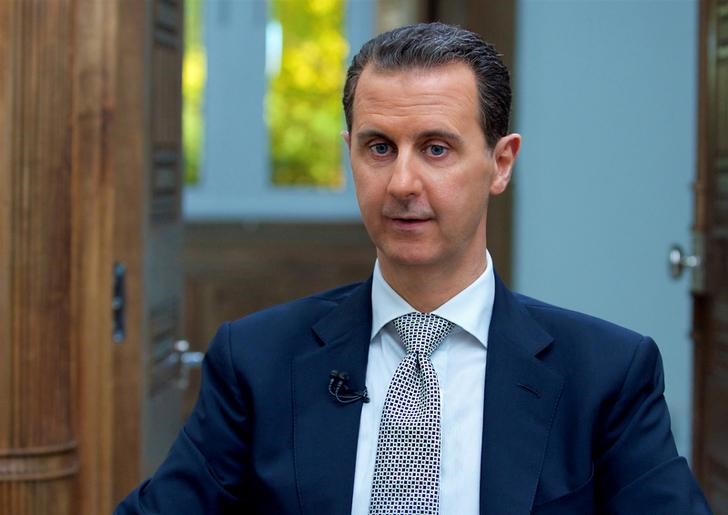 FILE PHOTO: Syria’s President Bashar al-Assad speaks during an interview with AFP news agency in Damascus, Syria in this handout picture provided by SANA on April 13, 2017. SANA/Handout via REUTERS

The U.N. Security Council has already adopted a Syria transition roadmap and two diplomats said the latest French idea was to get the five permanent members of the council – Britain, China, France, Russia and the United States – to agree first how to move forward.

The Security Council would then bring into fold the main regional powers, although diplomats said it was pointless without Iran’s involvement. There were also questions on how to win U.S. support given the Trump administration’s staunch anti-Iranian position.

“That’s what we want to do now even before Assad leaves. We do that independently because if we wait for the Syrians to agree we will wait a long time and there will be thousands more dead,” Le Drian said.

Macron has said the initiative would begin to see light during the U.N. General Assembly in mid-September.

Le Drian has previously said the contact group would aim to help U.N.-brokered peace talks in Geneva. They have stalled in large part due to the weakness of opposition groups and the Assad government’s refusal to enter substantive negotiations, given its strong position on the ground.

The last major international attempt to resolve the crisis ended in failure when the International Syria Support Group, which included Iran, was disbanded after Syrian government forces retook the rebel stronghold of Aleppo in 2015.