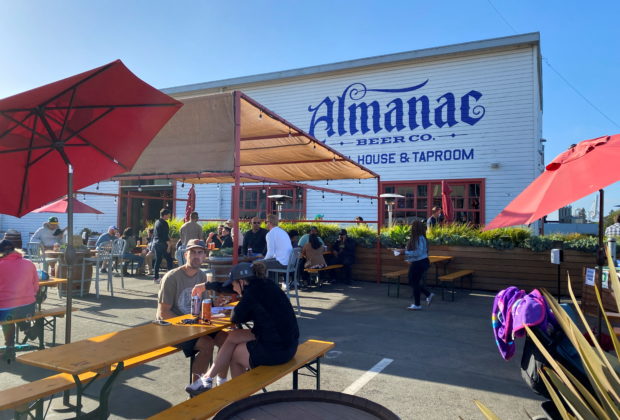 WASHINGTON (Reuters) – Fourteen months after the pandemic triggered a national emergency, the final chapter of the U.S. economic recovery may begin this month, with rapid changes starting with the end of enhanced unemployment benefits in half the states and ending in the fall’s expected reopening of schools and universities.

Along the way, Major League Baseball stadiums are slated to return to full capacity, and the largest state economy, California, on June 15 will shed its final COVID-era restrictions and give bars, restaurants and other businesses a green light on the road to normal.

That same day in Washington, the U.S. Federal Reserve is expected to open debate about when and how to cut the economy loose from its crisis-fighting monetary policy and shift to managing what is hoped to be a long economic expansion.

The questions about just what the post-pandemic economy will look like are myriad: How many people will return to jobs? How many businesses will have survived or failed? How resilient will the country be when pandemic supports are withdrawn? The answers should start to come soon.

“The timing really is awesome,” Porchlight Brewing Co. general manager Tyson Herzog said of the just-in-time-for-summer end of California’s restrictions, which closed many restaurants for parts of last year and kept them under strict limits during the fight against the virus.

An $800 billion small business assistance program helped many firms survive, including Herzog’s. After a year of home-delivering beer in his 1999 Dodge Caravan he plans to hire more onsite staff and expand production amid already record sales.

Since coronavirus vaccines rolled out in December, forecasts have pointed to record-breaking numbers this year, including the fastest annual gross domestic product growth in nearly 40 years.

More than 60% of people 12 years and older are at least partially vaccinated. The rate of new infections and deaths has plummeted, while confidence, travel, and human socializing – and the commerce that accompanies all that – have risen steadily.

Still, the pieces have not yet clicked in unison.

Companies in May added 559,000 jobs, but the total number remains 7.6 million short of early 2020. About 3.6 million more people are unemployed, and the labor force is 3.5 million smaller.

Shortages of supplies, workers and raw materials have crimped the recovery with businesses curtailing hours, turning away customers, or delaying filling orders. The Fed’s most recent national economic snapshot referenced shortages 44 times, compared with 17 in January and three a year ago.

Economists expect that to ease. The pandemic put the economy into what some likened to an induced coma. Shaking off the stupor takes time, and is complicated by some of the programs used to cushion the economy’s sharp drop last spring.

Stimulus payments and low interest rates, for example, fueled a boom in home sales that spilled into home construction and lumber prices. Yet the costs for wood and some other commodities already have begun easing: lumber futures are down 24% from their peak, with copper and aluminum falling around 5%. Likewise, the splurge on automobiles, appliances and other goods will likely prove a one-time affair; even if demand remains strong, supply will likely catch up.

Workers sidelined by a variety of issues, from health concerns to lack of childcare, have been given latitude on when to return to work through expanded unemployment benefits that pay some more than their former jobs. That starts to wind down on June 12 when the first four states end the extra benefits launched last spring as one plank in a financial “bridge” to the other side of the pandemic.

In all, $5.2 trillion deployed across an array of programs helped make the coronavirus recession unique: Personal incomes actually rose even as unemployment hit 14.8% in April 2020.

With the money now largely spent, the programs one-by-one are being shuttered.

By July 10 half the states will have ended the extra unemployment benefits, and the program lapses nationwide on Sept. 4. The Payroll Protection Program of small business loans closed May 31.

There’s dispute over what role those and other programs play in decisions to work or not. But to the degree prices, wages and other factors have been distorted by the pandemic, the next few weeks should wring those distortions out.

And people seem primed to respond.

After a year of lockdown, public parks are again hosting crowds, sports stadiums are filling, and restaurants are booked to the limit.

California had among the first cases of COVID-19, imposed some of the stiffest restrictions, and will be among the last states to let it all go.

Damian Fagan, owner of the Almanac Taproom in Alameda, is getting ready. While he is adding up to six new employees to his current 12-person staff ahead of the June 15 reopening, he expects such a rush of business he plans to limit his hours for another few weeks “so we don’t have this tsunami of changes.”

“I don’t know how long this party will last,” he said. Eventually, “this massive excitement period dies down,” and business can get back to normal.