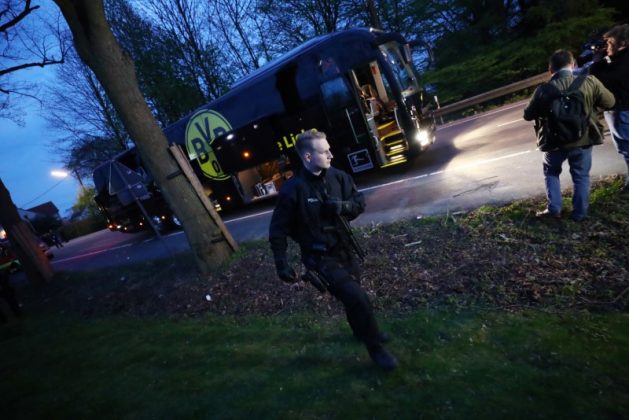 KARLSRUHE/DUESSELDORF, Germany (Reuters) – German authorities arrested a suspected Islamist on Wednesday in connection with an attack on a bus carrying players of one of the country’s top soccer teams, a spokeswoman for the Federal Prosecutor’s Office said.

German Chancellor Angela Merkel’s spokesman said she was “appalled” by Tuesday evening’s attack on the Borussia Dortmund bus, in which Spanish defender Marc Bartra was injured.

The incident forced a 24-hour postponement of the team’s high-profile clash with AS Monaco, and officials said security had been stepped up for that game and a second Champions League quarter-final in Germany on Wednesday, between Bayern Munich and Real Madrid.

Ralf Jaeger, interior minister in the state of North Rhine-Westphalia which includes Dortmund, said the investigation was looking “in all directions”, and it was unclear if one or several attackers were involved.

The spokeswoman for the Federal Prosecutors, who handle probes into suspected terrorism, said investigators had found three letters near the scene of the attack, all with the same content suggesting a possible Islamist motive.

Spokeswoman Frauke Koehler said the letters referred to the use of Tornado reconnaissance planes in Syria, which Germany has deployed as part of the military campaign against Islamic State, and also called for the closure of the U.S. military base at Ramstein in western Germany.

She also noted an online claim of responsibility by an anti-fascist group, but said there was serious doubt about its validity.

Investigators had identified two suspects from the “Islamist scene”, searched their apartments and detained one man, she said. 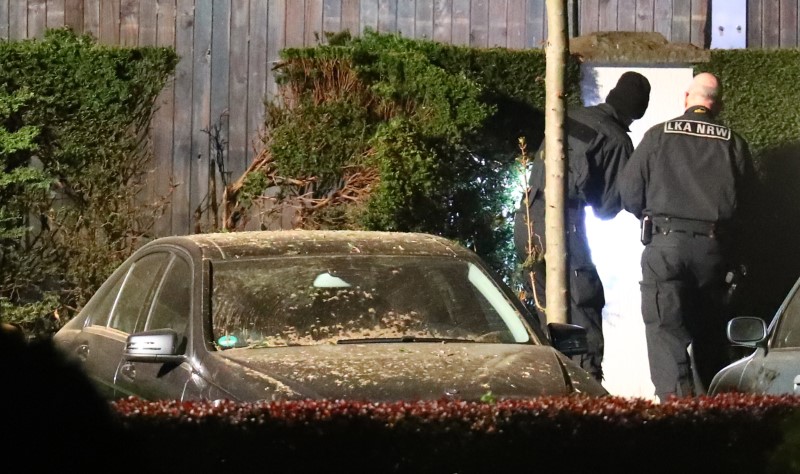 The blasts smashed windows on the bus carrying the players to the stadium for the match against AS Monaco. Bartra was operated on for a broken bone in his right wrist and shrapnel in his arm, a team spokesman said.

“The chancellor was last night, like people in Dortmund, like millions everywhere, appalled by the attack on the BVB team bus,” Merkel’s spokesman Steffen Seibert told a news conference.

“One can only be relieved that the consequences were not worse,” he said, praising Dortmund fans for offering accommodation to AS Monaco fans after the postponement.

Bartra, 26, joined Dortmund for 8 million euros ($8.5 million) last year from Barcelona, after coming through the Catalan club’s youth system. He has made 12 appearances for the Spanish national team.

European soccer’s governing body, UEFA, said there had been no specific intelligence regarding any threat to any of Wednesday’s Champions League fixtures, which also include a match in Spain between Atletico Madrid and England’s Leicester City.

UEFA “is reviewing the security arrangements for tonight’s matches and security procedures will be enhanced accordingly wherever needed,” it said, asking supporters to allow extra time for the possibility of enhanced checks.

Police in Munich said they were deploying an additional 80 officers and strengthening security around hotels and key routes for the match there.

The blasts revived memories of Islamist militant attacks in Paris in November 2015 whose targets included a stadium where France were playing Germany in a soccer friendly.

Security is among the issues at the heart of Germany’s parliamentary election on Sept. 24, a tight battle in which Merkel is running for a fourth term. In December, a Tunisian man killed 12 people when he plowed a truck through a Berlin Christmas market.