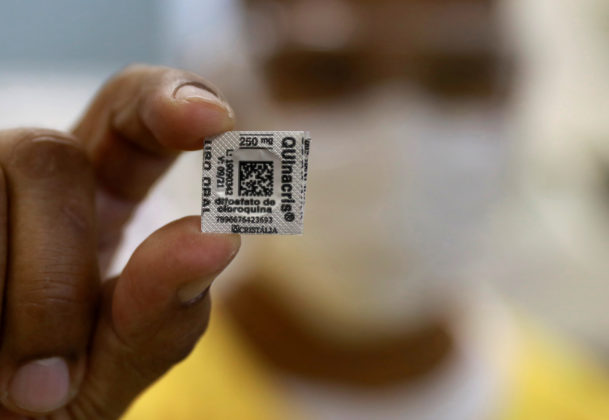 By Kylie MacLellan and Kay Johnson

LONDON/BANGKOK (Reuters) – Healthcare workers in Britain and Thailand have started taking part in a trial to determine whether two anti-malarial drugs can prevent COVID-19, including one that U.S. President Donald Trump says he has been taking.

The study, involving more than 40,000 healthcare workers across Europe, Africa, Asia and South America, seeks to determine whether chloroquine and hydroxychloroquine could play a role in the fight against the novel coronavirus.

Demand for hydroxychloroquine surged after Trump touted it in early April. He said this week he was now taking it as a preventive medicine against the virus despite medical warnings about its use.

The lead investigators in Thailand and Britain said their ‘COPCOV’ trial, in the works for several months, would cut through the heated and unhelpful debate.

“We still do not know whether anything is beneficial in COVID-19,” the University of Oxford’s Professor Nicholas White, the study’s co-principal investigator, told Reuters.

“The only way we can find out if things are beneficial overall is to do large, well-conducted clinical trials,” said White, who is based at the Mahidol Oxford Tropical Medicine Research Unit (MORU) in Bangkok. “These are extremely well-established drugs.”

The COPCOV team said laboratory evidence showed the anti-malarial drugs might be effective in preventing or treating COVID-19 but there was no conclusive proof. Accord Healthcare has donated the hydroxychloroquine and matched placebo.

Medics who have tested positive will not be able to take part. More details can be found here.

Trump said on May 18 that he had been taking hydroxychloroquine and many frontline medical workers were too, although the U.S. Food and Drug Administration has issued a warning about its use.

“I’m taking it — hydroxychloroquine,” Trump said. “I’ve been taking it for the last week and a half. A pill every day.”

Professor Martin Llewelyn, the lead UK investigator, said many health workers were relying on social distancing and personal protective equipment but the measures were not perfect.

“Anything that can be done to reduce that risk further would be an enormous breakthrough,” he told Reuters.