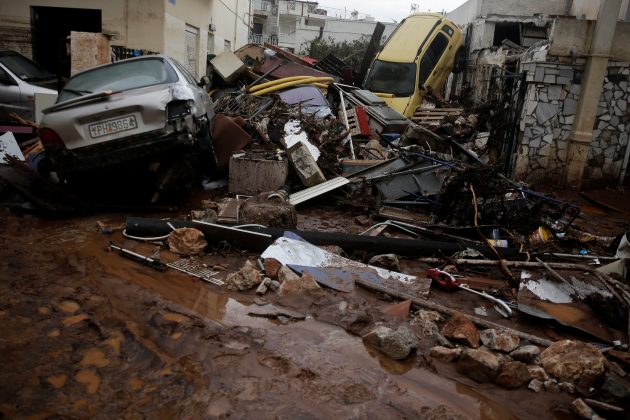 Destroyed cars and debris are piled up among houses, following flash floods which hit areas west of Athens on November 15 killing at least 15 people, in Mandra, Greece, November 16, 2017. REUTERS/Alkis Konstantinidis

MANDRA, Greece (Reuters) – Greeks voiced despair and disbelief on Thursday after a flash flood killed at least 15 people and left hundreds homeless, with many blaming a system that allowed houses to be built on dried up river beds.

In the towns of Nea Peramos and Mandra west of the capital Athens, crumpled cars and mangled furniture lay on roads caked in the thick mud left behind by a raging torrent that smashed through homes on Wednesday morning. [nL8N1NL22V]

“We are ruined. My tavern and my house are gone,” said Paraskevas Stamou, a restaurant owner in Mandra. “Everything is gone, the road is gone, the water is still flowing and we were flooded again last night and this morning.

“We are expecting another downpour tonight. It’s like God hates us,” he told Reuters. 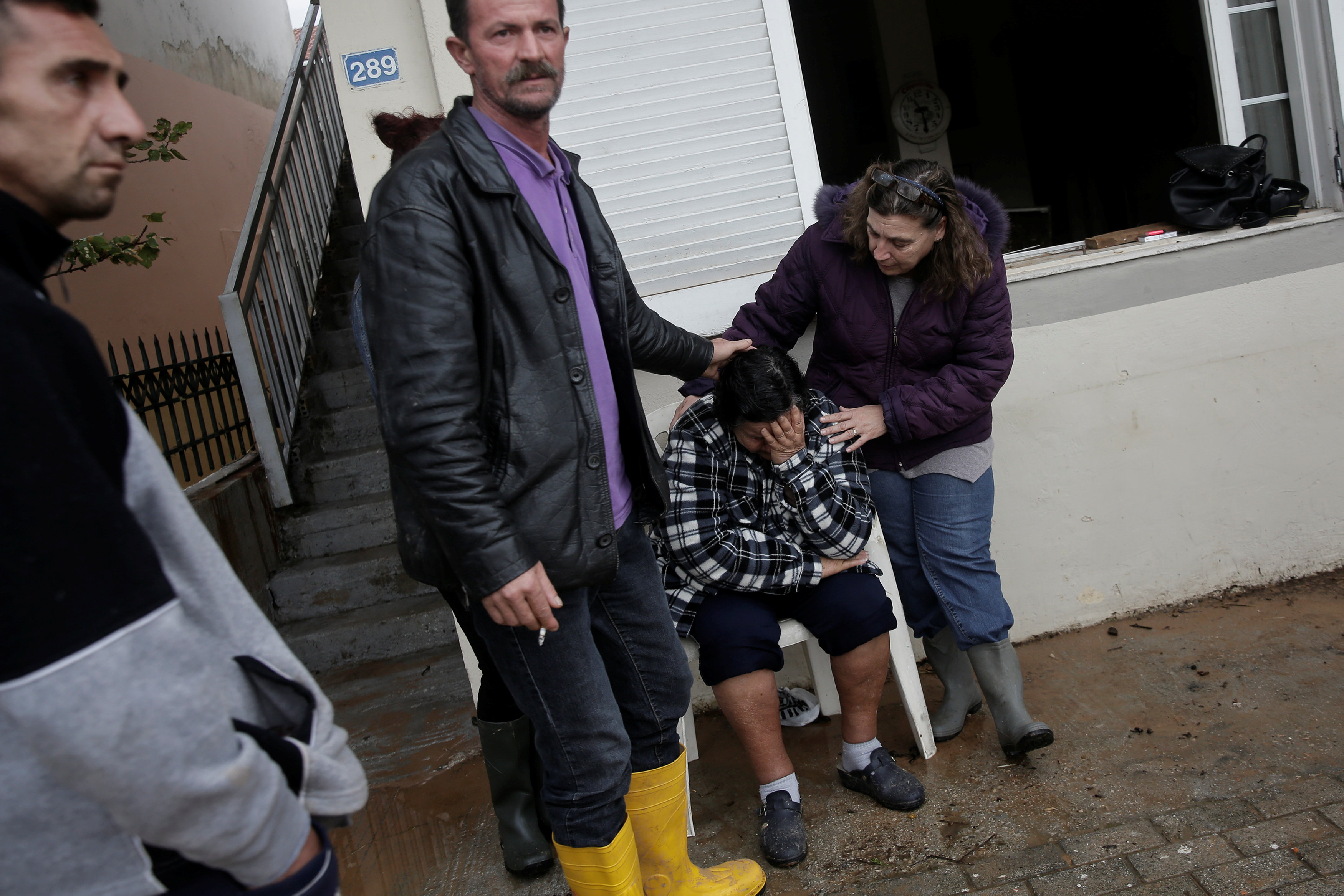 “We had nowhere to sleep. We slept on the roof, we found carpets to cover ourselves,” said a man in Mandra whose house was gutted by the flood but remained standing.

Between sobs, his mother added: “Everything went. We don’t have anyone to help us. I don’t have help from anyone.”

Bad weather continued on Thursday. Officials said they were waiting for conditions to improve before giving a clearer picture of the damage. Five people were still missing.

Flags flew half-mast from state buildings and the Acropolis on Thursday as the government declared three days of national mourning.

Newspapers expressed anger. “A Crime,” was the headline in Ta Nea daily, superimposed on a picture of a woman being comforted next to an overturned car. “The Deeds of Man,” wrote the leftist Avgi, referring to unlicensed constructions.

Experts blamed haphazard construction which the natural path for water runoff, and soil erosion on a mountain range hit by fires.

Both towns were built along an old motorway linking Athens to the Peloponnese city of Corinth. As building crept closer to the road, streams that would have drained runoff from the nearby Pateras mountains were blocked.

“We should be prepared for more frequent, and different phenomena,” he told Reuters.

Many of the victims were elderly. The youngest was a 36-year old truck driver who called his mother as the floodwaters rose around his lorry. The line went dead soon afterwards. 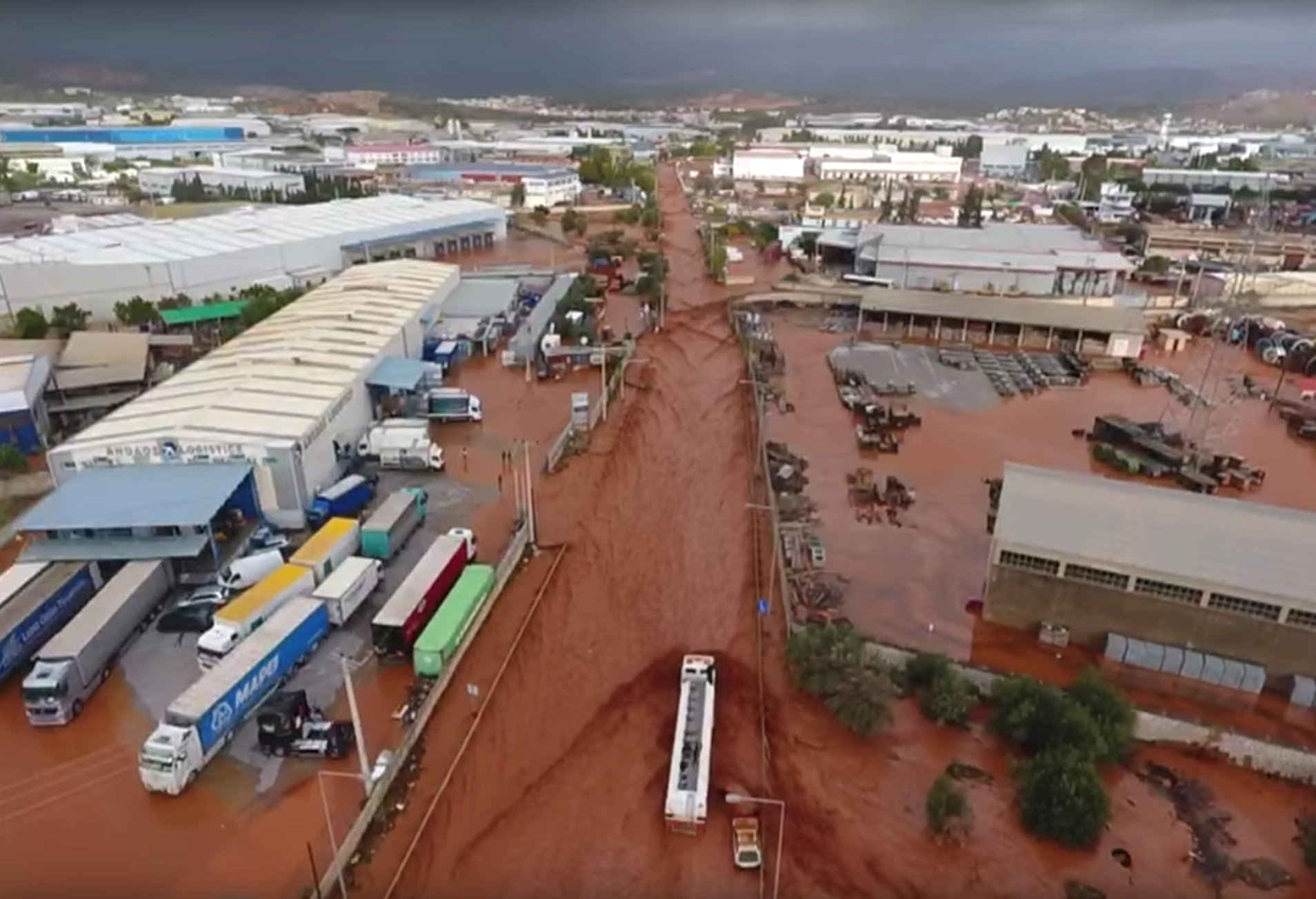