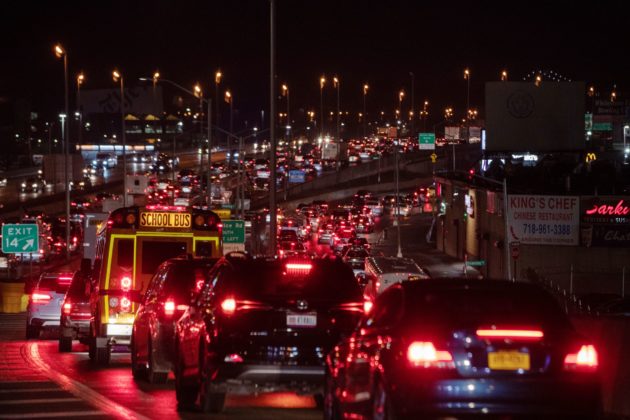 (Reuters) – A major winter storm will lumber across the United States over the weekend, dumping snow as it moves east from the U.S. West and threatening to disrupt millions of people traveling home after celebrating the Thanksgiving holiday.

Over a foot of snow is forecast in mountainous parts of Colorado, Utah and Arizona on Friday before the storm system slips toward the upper Midwest, the National Weather Service said.

Freezing rain will likely turn to snowy blizzards in parts of Minnesota, Wisconsin and Michigan beginning on Friday night, with more than 18 inches of snowfall possible in some mountainous areas, the service said.

Some snow could appear in the Northeast by Sunday morning, the service said. New York City and other places further down the Atlantic Coast can expect a wintry mix of precipitation on Sunday.

More than 4 million Americans were expected to fly and another 49 million expected to drive at least 50 miles or more this week for Thanksgiving, according to the American Automobile Association.

Wintry weather disrupted travel this week ahead of Thursday’s Thanksgiving celebrations, with airports in Minneapolis and Chicago reporting hundreds of delayed or canceled flights.