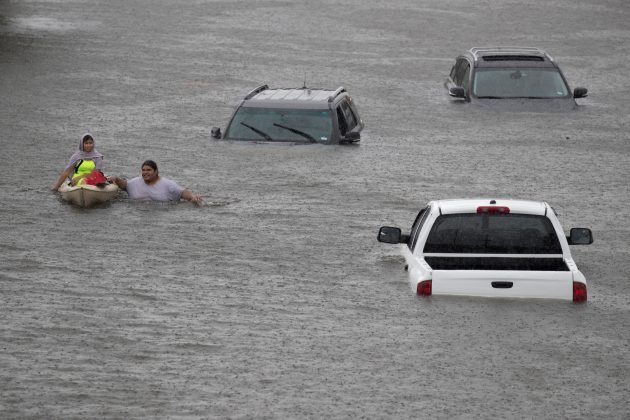 (Reuters) – Lloyd’s of London underwriter Hiscox Ltd &lt;HSX.L&gt; estimated it would face net claims of about $150 million from Hurricane Harvey and said it has yet to determine losses from Hurricane Irma.

Insurers and reinsurers are counting the cost of Harvey, which lashed Texas in the last week of August causing flooding that put it on the scale of Hurricane Sandy in 2012.

Hiscox said it had two main areas of exposure to the hurricane – reinsurance and insurance lines, including flood cover for homeowners and businesses.

“This (claims) is within the group’s modelled range of claims for an event of this nature, and reinsurance protections for the group remain substantially intact,” Hiscox said in a statement. It said its claims’ estimate was based on an industry forecast that Harvey would lead to a total insured market loss of $25 billion.

Hiscox shares fell 3.1 percent to 1212 pence by 0913 GMT, the second biggest loser on the Stoxx Europe 600 Price Index &lt;.STOXX&gt;, as analysts expected the company would face bigger losses from Hurricane Irma than Harvey.

Germany’s Munich Re &lt;MUVGn.DE&gt; last week warned it could miss its profit target this year, the first major reinsurer to flag a hit to earnings from damage caused by hurricanes Harvey and Irma.

Shore Capital analyst Eamonn Flanagan noted that the loss from Harvey equated to about 6 percent of Hiscox’s net tangible asset value as at the June end.

Hiscox said it would announce an estimate of net claims arising from Hurricane Irma, once the impact of that storm has become clearer.

“After a long period of price reductions, insurance rates in the affected areas and in specific sectors such as large property are likely to increase. In the wider global insurance market for large risks, we expect rates to stabilise and begin to increase,” Masojada said.

Irma, one of the most powerful Atlantic Ocean storms on record, ravaged several islands in the northern Caribbean, killing at least 60 people, before barrelling into Florida’s Gulf Coast, causing further destruction.

“With Irma expected to be a larger event, our initial view is this is slightly more negative than we had anticipated. We expect Hiscox to trade down today and expect uncertainty to persist around Beazley &lt;BEZG.L&gt; and Lancashire &lt;LRE.L&gt; who are yet to publish their own estimates,” Keefe, Bruyette &amp; Woods analyst Rufus Hone, said, referring to other Lloyd’s of London insurers.

Hone added that while the this year would likely be a net loss overall for Hiscox, it would not have “much of an impact” on the insurer’s expansion plans or put the dividend under threat.