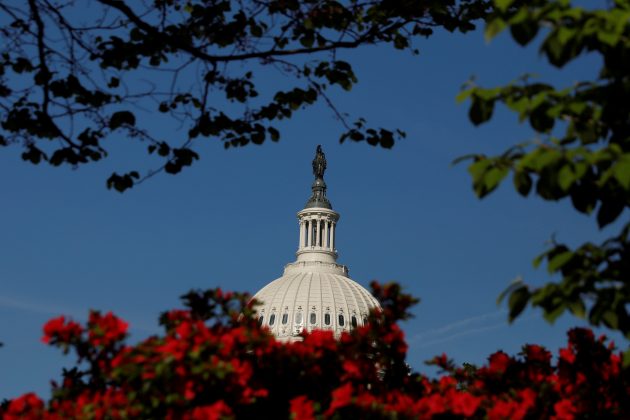 WASHINGTON (Reuters) – The U.S. House of Representatives on Thursday passed legislation to raise the federal minimum wage to $15 an hour by October 2025, a big win for workers and labor groups, even as it remained unlikely the bill would pass a Republican-controlled Senate.

The move comes at a time when the $15 minimum wage fight, first started by fast-food workers in New York in 2012, has been gaining momentum around the country with several states and large private-sector employers that hire entry-level workers.

Cities and states including Seattle, San Francisco, New York state, California, Arkansas and Missouri have raised their minimum wage. Over the past year, employers like Amazon.com Inc and Costco Wholesale Corp have raised their base wages to $15 an hour while others like Target Corp have committed to going up to that level by the end of 2020.

Even some opposed to the move like fast-food chain operator McDonald’s Corp said recently it would no longer fight proposals to raise the federal minimum wage.

The country’s largest private-sector employer Walmart Inc, which pays $11 in base wages to its employees, recently said it supports raising the federal minimum wage, calling it “too low.”

The Democratic-majority House approved the legislation titled Raise the Wage Act, in a mostly partisan vote of 231-199. Only three Republicans voted for it, while six Democrats opposed it.

The bill increases entry-level wages for millions of American workers from the current $7.25 an hour – about $15,000 a year for someone working 40 hours a week, or about $10,000 less than the federal poverty level for a family of four. It has remained unchanged since 2009.

Many Republicans and business groups have argued that raising the minimum wage to $15 an hour would hurt jobs, forcing businesses to hire fewer people and replacing jobs with automation. Several Republican lawmakers cited a report from the non-partisan Congressional Budget Office last week, which estimated the move will boost wages for 17 million workers but at the same time, 1.3 million workers would lose their jobs.

“We don’t need to lose jobs, we don’t have enough jobs now,” he told Fox Business Network in an interview on Thursday. “This would depress the economy at a time of economic boom. We’re not going to be doing that in the Senate.”

McConnell’s opposition to the bill makes its passage more symbolic in nature. However, it delivers a long-sought victory to liberals and allows Democratic presidential hopefuls to attract more working-class Americans with a promise to tackle growing economic inequality in the country, a key campaign issue for many candidates.

“This is a historic day,” said House Speaker Nancy Pelosi, adding this is about 33 million people in the country getting a raise. “No one can live in dignity with a $7.25 an hour wage. Can you?,” she said.

Others like U.S. House Majority Leader Steny Hoyer said a pay raise for American workers is long overdue. “We’ve now had the longest period without a minimum wage increase,” he said.

Several moderate Democrats, especially those who represent districts carried by President Donald Trump and were concerned about job losses, were assured by an amendment that would require a study of the effects of the bill a few years in, leaving room to make adjustments if more jobs are lost than expected.

Unions and labor groups, who brought the $15 minimum wage bill onto the national stage, see the passage of the bill as a key step towards building support among voters in Republican-dominated states and districts.

For retail workers like Cyndi Murray, a 19-year Walmart worker who is also a leader with labor group United For Respect, this is a big step forward in making companies, who pay below $15 an hour, pay higher wages.

“Walmart, the largest private employer in the country, pays so low that many employees depend on food stamps to survive,” she said. “They won’t change unless they’re forced to. That’s why the Raise the Wage Act has our full support.”

Walmart has said it pays an average of $17.50 an hour to its hourly employees, including benefits.