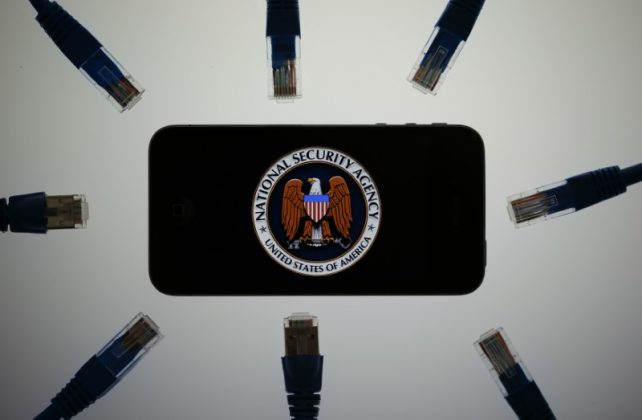 An illustration picture shows the logo of the U.S. National Security Agency on the display of an iPhone in Berlin, June 7, 2013. REUTERS/Pawel Kopczynski