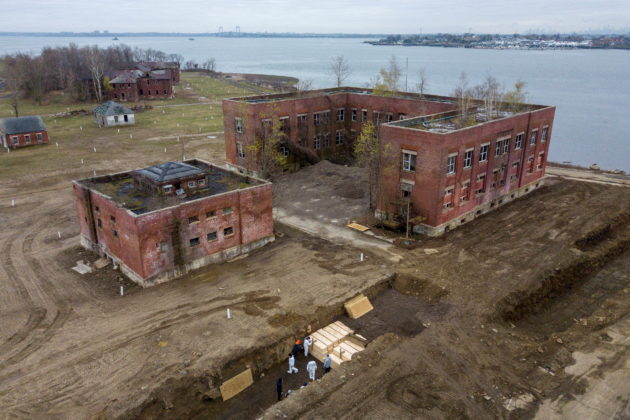 (Reuters) – On Jan. 1, 2020, as the world welcomed a new decade, Chinese authorities in Wuhan shut down a seafood market in the central city of 11 million, suspecting that an outbreak of a new “viral pneumonia” affecting 27 people might be linked to the site.

Early lab tests in China pointed to a new coronavirus. By Jan. 20 it had spread to three countries.

For most people, it was a minor health scare unfolding half a world away.

Nearly a year later it has changed lives fundamentally. Almost everyone has been affected, be it through illness, losing loved ones or jobs, being confined at home and having to get used to a whole new way of working, relaxing and interacting.

After the initial “wave” of the pandemic was brought under some semblance of control in many countries, nations are now fighting second and third waves even greater than the first, forcing new restrictions on everyday life.

Among the most haunting images to emerge from the pandemic in 2020 are those of medics on the frontlines of the battle against the virus.

In Milan’s San Raffaele hospital, seven intensive care unit staff attended to an 18-year-old patient suffering from COVID-19, pushing the bed into the ward and holding medical equipment and monitors.

Doctors and nurses like them swathed in protective gear – gowns, gloves, masks, and visors, some with their names or initials written on their uniforms – have become a familiar sight.

So, too, have images of medics collapsing from exhaustion or grief at losing one of their own to the disease.

By March and April many countries began to impose lockdowns and social distancing to slow the spread of the highly contagious virus.

Structures to separate and protect people sprang up – from transparent screens at supermarket checkouts to the plastic sheet which allowed 83-year-old Lily Hendrickx, a resident at a Belgian nursing home, to hug Marie-Christine Desoer, the home’s director.

The effects on the natural world of the shutdown were sometimes astonishing. Birdsong could be heard like never before in towns and wild animals ventured into newly empty cities.

At the usually crowded Golden Gate Bridge View Vista Point across from San Francisco, a coyote stood by the roadside.

Even the streets of Manhattan were eerily empty.

In Brazil’s capital, Brasilia, Catholic priest Jonathan Costa prayed alone at the Santuario Dom Bosco church, among photographs of the faithful, attached to the pews.

Wearing masks to combat the spread of the virus became commonplace the world over.

At Tokyo’s Shinagawa train station, crowds of commuters wore face masks, as did prisoners crowded into a cell in El Salvador’s Quezaltepeque jail.

In private homes, families learned to live together 24 hours a day and how to entertain and teach their children.

The pandemic hit some of the world’s poorest people the hardest – exposing the inequalities in access to medical treatment and in government funds to compensate people who lost their livelihoods.

In South Africa in May, at the Itireleng informal settlement near Laudium suburb in Pretoria, people waited in a queue that stretched as far as the eye could see to receive food aid.

As 2020 heads to its close, vaccines are on the horizon. There is hope that some aspects of life as we knew it will return.