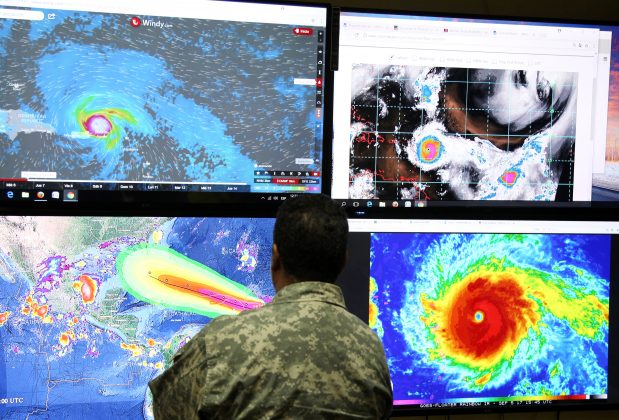 A member of the Emergency Operations Committee monitors the trajectory of Irma in Santo Domingo, Dominican Republic. REUTERS/Ricardo Rojas

WASHINGTON (Reuters) – Anticipating that Hurricane Irma will “devastate” part of the United States, U.S. officials were preparing a massive response to the storm, the head of the Federal Emergency Management Agency (FEMA) said on Friday.

With Irma set to hit Florida as early as Saturday night, parts of Florida was expected to lose electricity for days, if not longer, and more than 100,000 people may need shelter, FEMA Administrator Brock Long warned at a news conference.

“Hurricane Irma continues to be a threat that is going to devastate the United States in either Florida or some of the southeastern states,” Long said.

Irma was a Category 5 hurricane, the most dangerous measure by the National Hurricane Center, before being downgraded to Category 4 early Friday after pummeling islands in the Caribbean.

The United States has experienced only three Category 5 storms since 1851 and Irma is far larger than the last one to hit the United States in 1992, Hurricane Andrew, according to Long.

He warned people not to ignore evacuation orders.

“They need to get out and listen and heed the warnings,” Long said. 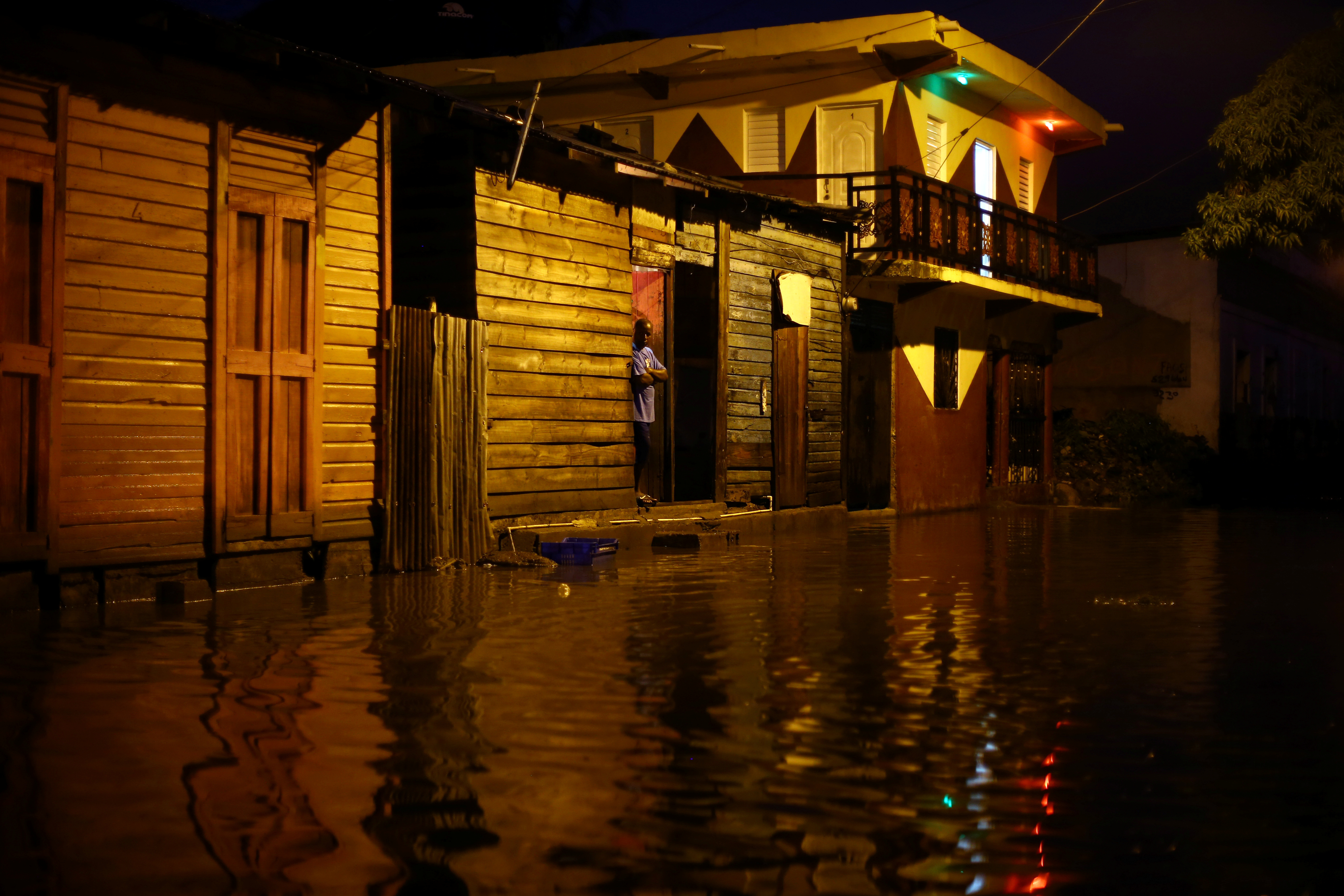 A man looks out to the flooded street in Puerto Plata.
REUTERS/Ivan Alvarado

Officials have thousands of personnel ready to respond and millions of meals and liters of water in place nearby, Long said.

The National Weather Service said that Friday was the last day to evacuate before winds would start to reach unsafe speeds in Florida.

U.S. Health and Human Services Secretary Tom Price called Irma a “remarkably dangerous storm and the window to get yourself in the right spot … is closing rapidly.”

Price said the main hospital in St. Thomas in the U.S. Virgin Islands was closed after being damaged by Irma, and critically ill patients were being evacuated to Puerto Rico or other islands.

On Thursday, the U.S. Senate voted 80-17 to approve a measure to more than double funding to $15.25 billion to FEMA and for local block grants to handle natural disasters. FEMA’s disaster assistance fund could run out of money Friday without action, senators said.

The House is expected to approve the measure on Friday. It had already approved $7.85 billion on Wednesday. 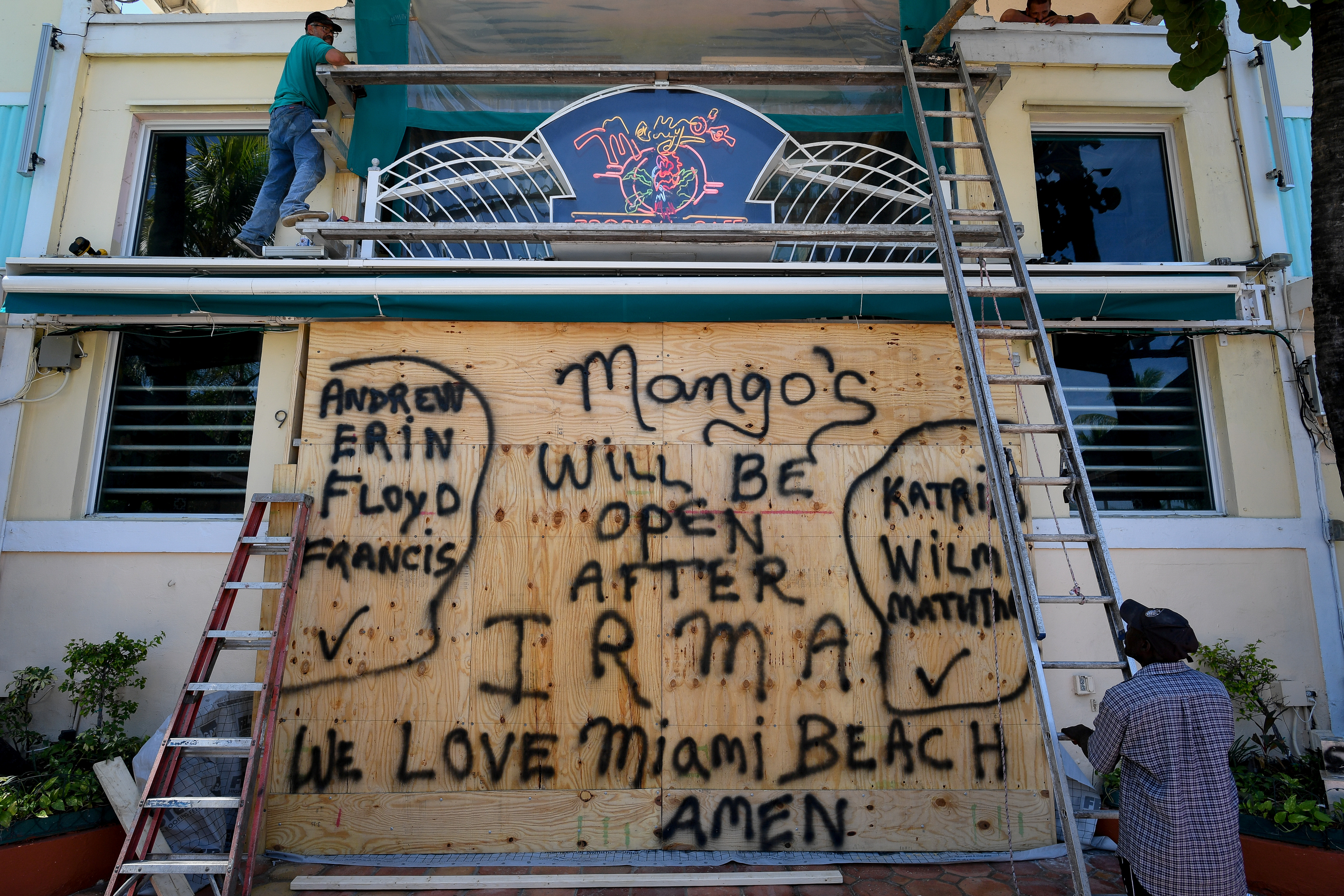 A worker covers the windows of a restaurant with plywood in preparation for Hurricane Irma in Miami Beach, Florida, U.S., September 7, 2017. REUTERS/Bryan Woolston