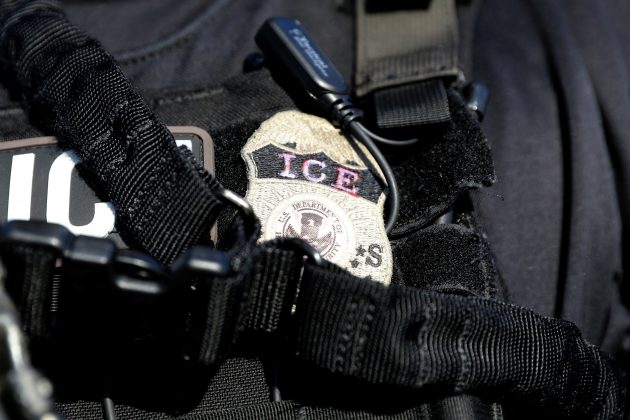 The badge of a U.S. Immigration and Customs Enforcement's (ICE) Fugitive Operations team is seen in Santa Ana, California, U.S., May 11, 2017. REUTERS/Lucy Nicholson

(Reuters) – U.S. agents have arrested 160 employees of a trailer manufacturing plant in north Texas who they said violated immigration laws and were working illegally in the United States.

No criminal charges have been filed, ICE spokesman Carl Rusnok said in an email. He declined to say if any charges would be brought against the company, citing the ongoing investigation.

Load Trail described itself on its website earlier this month as a 22-year-old family-owned business whose staff peaked at more than 500 employees in 2007 and that produces a variety of trailers and parts. The company did not immediately respond to a message seeking comment.

ICE said it was interviewing all of the 160 suspects it rounded up to determine whether any of them qualify for “humanitarian release” such as being as sole care-givers of children. The agency did not provide the nationalities of the suspects.