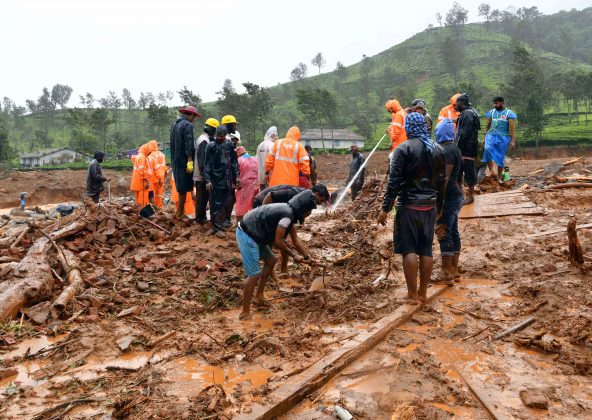 FILE PHOTO: Rescuers remove debris as they search for victims of a landslide caused by torrential monsoon rains in Meppadi in Wayanad district in the southern Indian state of Kerala, India, August 10, 2019. REUTERS/Stringer