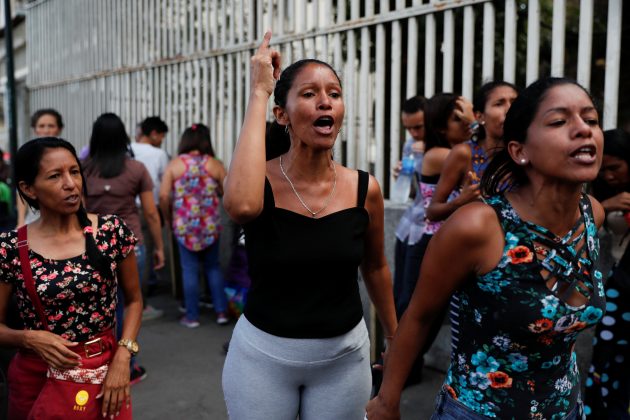 Relatives of inmates react outside a detention center of the Bolivarian National Intelligence Service (SEBIN), where a riot occurred, according to relatives, in Caracas, Venezuela May 16, 2018. REUTERS/Carlos Garcia Rawlins