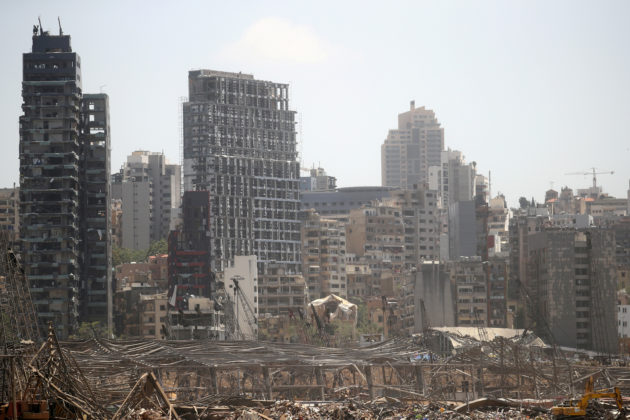 BEIRUT, (Reuters) – Interpol has issued red notices for the captain and owner of the ship that carried the chemicals which devastated Beirut in an explosion in August, killing 200 people, Lebanon’s state media said.

Five months since one of the biggest non-nuclear blasts on record, big questions remain about the ammonium nitrate that detonated after being stored at the port for years.

The Interpol notices, which are not international arrest warrants, ask authorities worldwide to provisionally detain people pending possible extradition or other legal actions. Interpol issues them at the request of a member country.

State news agency NNA said on Tuesday that Interpol also issued a notice for a Portuguese trader who examined the cargo at Beirut port in 2014, without giving a name or further details.

The Interpol global police coordination agency says it does not confirm or deny red notices that are not publicly available on its website. An Interpol spokesperson said if there was a notice and it was not published online, that meant it was for law enforcement only.

Lebanese officials have faced accusations of negligence, with some port and customs employees detained in connection to the blast, which injured thousands of people. Families of the victims are still waiting for results of the investigation.

Lebanon’s public prosecution asked Interpol in October to issue arrest warrants for two people it had identified as the Russian captain and owner of the Rhosus ship which arrived in Beirut in 2013, security and judicial sources said.

Their names did not appear on the public list of Red Notices on Interpol’s website on Wednesday.

Boris Prokoshev, the captain at the time, has said the chemicals ended up in Beirut after the ship’s owner told him to divert to pick up extra cargo, and that Lebanese authorities had paid little attention to the nitrate.

“I am shocked,” he told Reuters when asked about the report of an Interpol red notice on Tuesday. “I do not understand at all what could be the basis for my arrest.”

(Reporting by Ellen Francis in Beirut, Maria Vasilyeva in Moscow and Richard Lough in Paris, Editing by William Maclean)