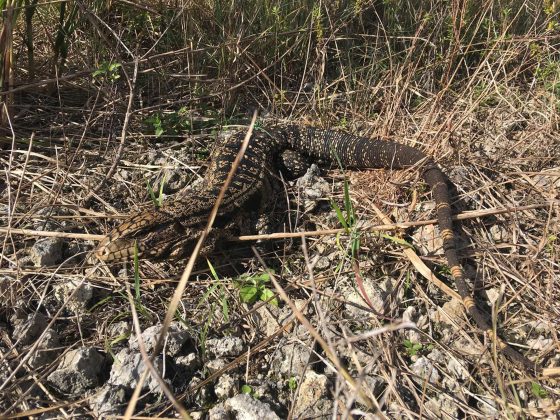 A black and white Tegu lizard is shown in the Florida Everglades in this photo obtained August 2, 2018. Courtesy Emma Hanslowe/USGS/Handout via REUTERS