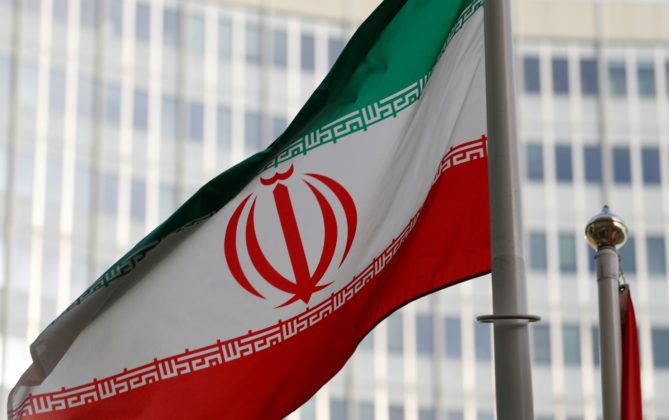 Iran breaches another nuclear deal cap, on heavy water stock: IAEA report
VIENNA (Reuters) – Iran has breached another limit of its nuclear deal with major powers by accumulating slightly more than 130 tonnes of heavy water, a substance used in a type of reactor it is developing, a U.N. nuclear watchdog report showed on Monday.

The limit is the latest in a series imposed by the deal that Iran has exceeded in protest at Washington’s withdrawal from the deal last year and its imposition of punishing economic sanctions against Tehran.

Heavy water is not as sensitive as uranium, which Iran is enriching in a quantity and to a level of purity beyond limits in the deal. However, the 2015 deal says Iran should not have more heavy water than it needs, specifying this is estimated to be 130 metric tonnes.

“On 16 November 2019, Iran informed the Agency that its stock of heavy water had exceeded 130 metric tonnes,” the International Atomic Energy Agency said in a report to member states obtained by Reuters.

“On 17 November 2019, the Agency verified that the Heavy Water Production Plant (HWPP) was in operation and that Iran’s stock of heavy water was 131.5 metric tonnes.”

Heavy water is, among other things, used as a moderator to slow down reactions in the core of nuclear reactors like one Iran has been developing at Arak.

Since that reactor could eventually have produced plutonium, which can also be used in atom bombs, the deal required Iran to remove its core and fill it with concrete. The reactor is now being redesigned with a view to reducing any weapons proliferation risk.

It is not the first time Iran has breached the heavy-water cap. Iran first went over that limit in 2016 https://www.reuters.com/article/us-iran-nuclear/iran-once-again-exceeds-a-nuclear-deal-limit-iaea-report-idUSKBN1342T1, soon after the deal went into force and well before the U.S. withdrawal in 2018. Major powers then agreed Iran could store its excess heavy water outside the country while it sought a buyer for it.