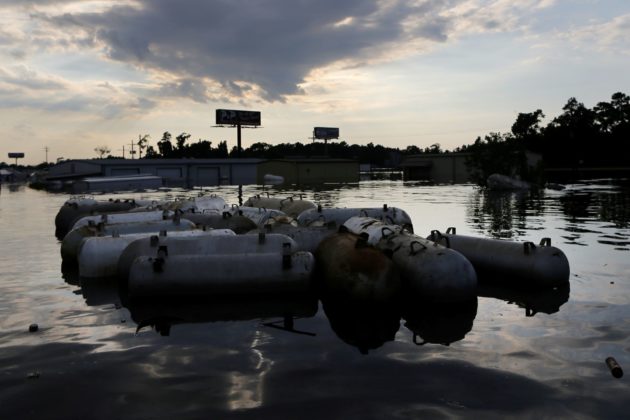 (Reuters) – At least eight U.S. Midwest states declared emergencies in recent weeks over regional shortages of propane needed by grain farmers to dry their crops amid a late harvest and wet weather.

Illinois, North Dakota, South Dakota, Minnesota, Nebraska, Iowa, Indiana and Wisconsin eased restrictions on the transport of propane to help alleviate the local shortages. There is no nationwide shortage and residential propane prices recently were about 22% below that of a year ago.

Spring flooding in U.S. Midwest farming states led to late harvests that have triggered a surge in demand for the fuel used to reduce moisture in corn crops to ready for sale or to safely store the grain.

“The late harvest and high demand for petroleum products throughout the Midwest have resulted in low supplies of propane as well as difficulty transporting,” according to a notice on Iowa Governor Kim Reynolds’ website.

The state’s declaration relaxes size and weight limits on vehicle transport. An earlier proclamation eased operating-hour rules on propane carriers. The latest rule, like most of the other states’ orders, is effective for a month.

Propane carriers faced four- to six-hour waits last week at the Conway, Kansas, propane terminal that is the nation’s second-largest, and drivers were facing restrictions due to the wait, one official said.

“There is plenty of propane on hand in the country,” said Greg Noll, executive vice president of Propane Marketers Association of Kansas. “We just need to get it from the points that have it on hand to the points where it is needed.”

Texas, which is home to the nation’s largest storage in Mont Belvieu, reported no emergency or shortage.

Consumers have not faced shortages because most homeowners would have had their tanks filled by now, said Noll.

Residential propane prices at the start of the U.S. heating season were under $2 a gallon, or about 22% lower than at the start of winter last year, according to government data issued on Monday.

Propane and propylene stocks were 97.6 million barrels the week ended Nov. 8, up nearly 14 million barrels from a year-ago, the U.S. Energy Information Administration reported last week. It said average wholesale propane prices in the Midwest were 78 cents a gallon excluding taxes, flat from a year earlier.