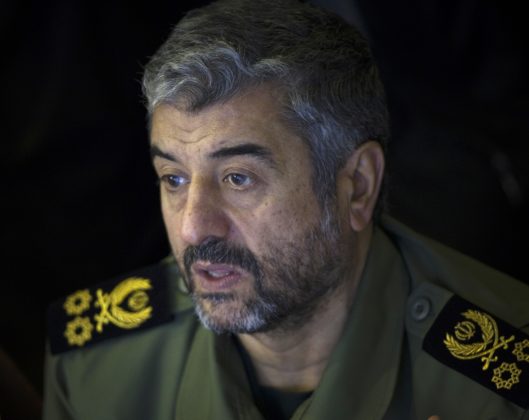 LONDON (Reuters) – Iran will keep military forces in Syria, the head of the elite Revolutionary Guards said on Wednesday, defying Israeli threats that they might be targeted if they do not leave the country.

Israeli Prime Minister Benjamin Netanyahu said on Tuesday that Israeli forces would continue to attack Iranians in Syria and warned them “to get out of there fast, because we will continue with our resolute policy”. 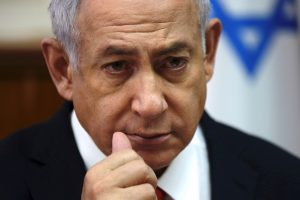 Rebuffing the threats, Major General Mohammad Ali Jafari, the Revolutionary Guards top commander, was quoted as saying by the semi-official ISNA news agency that “the Islamic Republic of Iran will keep all its military and revolutionary advisers and its weapons in Syria.”

Jafari called Netanyahu’s threats “a joke”, and warned that the Israeli government “was playing with (a) lion’s tail.”

“You should be afraid of the day that our precision-guided missiles roar and fall on your head,” he said.

Iran and Russia have both backed Syrian President Bashar al-Assad in a seven-year war against rebels and militants, and have sent thousands of soldiers to the country.

Israel, increasingly concerned that its enemy Iran may establish a long-term military presence in neighboring Syria, says it has carried out more than 200 attacks against Iranian targets in Syria in the last two years.

Netanyahu said on Sunday that Israeli warplanes carried out an attack on what he called an Iranian arms cache in Syria.

(Reporting by Bozorgmehr Sharafedin in London with additional reporting by Dan Williams in Jerusalem; Editing by Mark Heinrich)