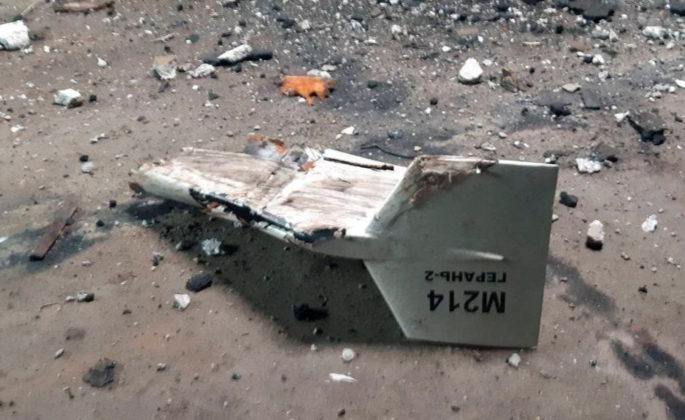 An Iranian-made Shahed-136 suicide drone, deployed by the Russian military, which was shot down by Ukrainian forces near the town of Kupiansk, Ukraine. (Image source: Strategic Communications Directorate of the Ukrainian Armed Forces)