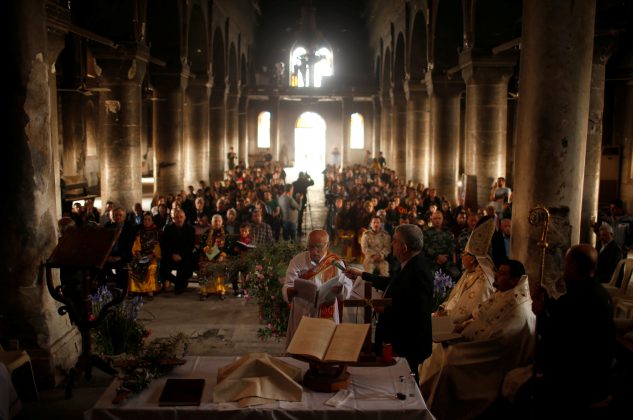 Iraqis attend the first Palm Sunday procession in the burnt out main church of the Christian city of Qaraqosh since Iraqi forces retook it from Islamic States militants, Iraq April 9, 2017. REUTERS/Suhaib Salem

QARAQOSH, Iraq (Reuters) – Hundreds of Christians flocked to the Iraqi town of Qaraqosh on Sunday to celebrate Palm Sunday for the first time in three years, packing into a church torched by Islamic State to take communion at its ruined altar.

In October, Iraqi forces expelled the Sunni Muslim militants from Qaraqosh as part of a campaign to retake nearby Mosul, the country’s second-largest city seized by the group in June 2014. 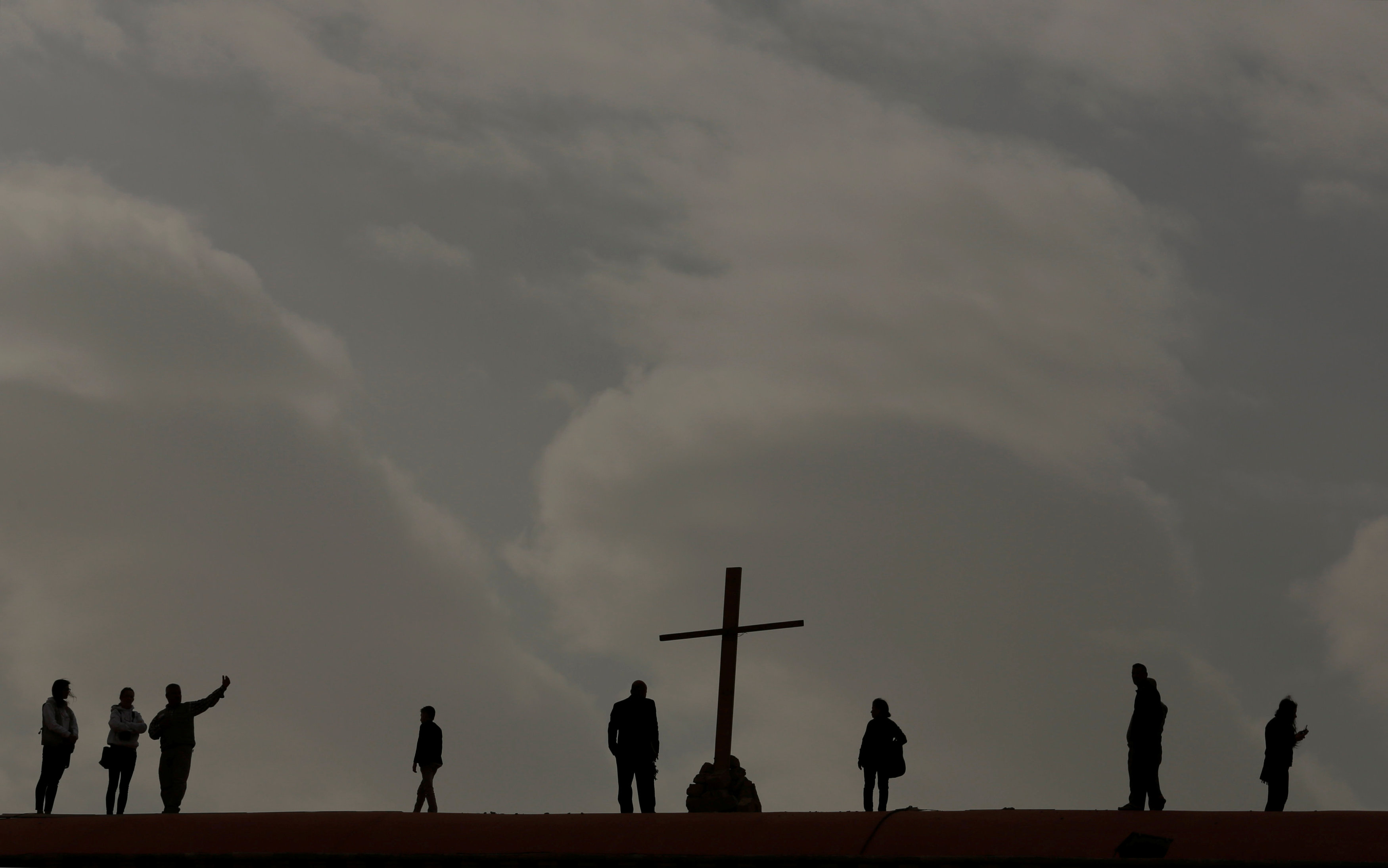 Iraqis boys visit the burnt out main church as others attend the first Palm Sunday procession in the Christian city of Qaraqosh since Iraqi forces retook it from from Islamic States militants, Iraq April 9, 2017. REUTERS/Suhaib Salem

Iraq’s biggest Christian settlement until the militants arrived, Qaraqosh has been a ghost town as most residents are still too afraid to come back with the battle for Mosul, located 20 kilometers away, still raging.

But on Sunday church bells rang again across the town.

Hundreds arrived in cars from Erbil, the main city in autonomous Iraqi Kurdistan where most Christian had fled when Islamic State gave them an ultimatum to pay special taxes, convert or die.

Islamic State has targeted minority communities in both Iraq and Syria, setting churches on fire.

Scribbled “Islamic State” slogans could be still seen on the church’s walls while torn-up prayer books littered the floor.

Escorted by soldiers carrying rifles, the congregation then walked through Qaraqosh for Palm Sunday, the start of Holy Week that culminates on Easter Sunday, holding up a banner saying “In times of war we bring peace.” 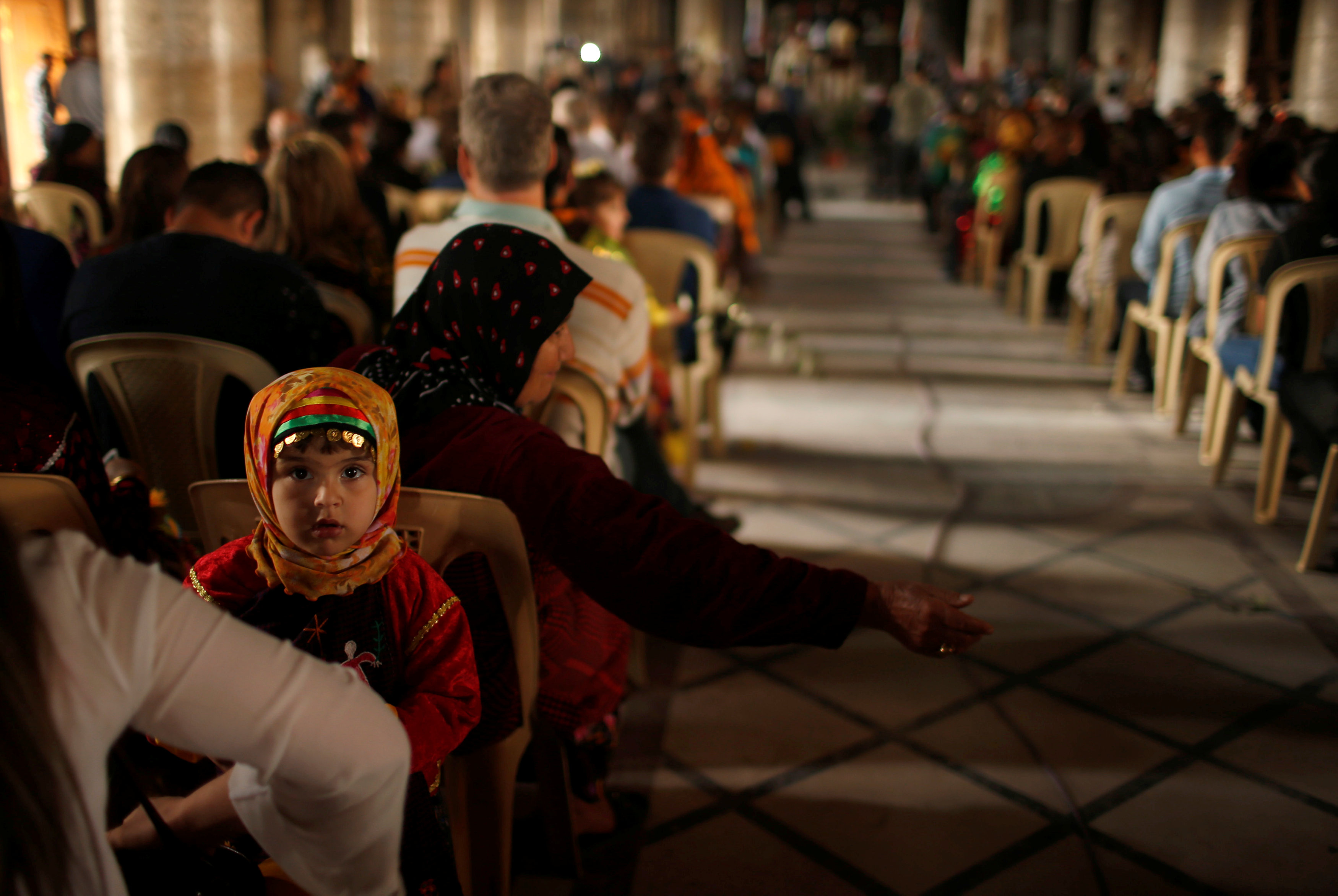 Iraqis attend the first Palm Sunday procession in the burnt out main church of the Christian city of Qaraqosh since Iraqi forces retook it from Islamic States militants, Iraq April 9, 2017. REUTERS/Suhaib Salem

Christianity in northern Iraq dates back to the first century AD.

The number of Christians fell sharply during the violence which followed the 2003 overthrow of Saddam Hussein, and the Islamic State takeover of Mosul purged the city of Christians for the first time in two millennia.

“Almost 75 percent of houses were burnt so if people return where can they live?” said Aziz Yashou, a worshipper. “We call for an international protection in order to live here.”