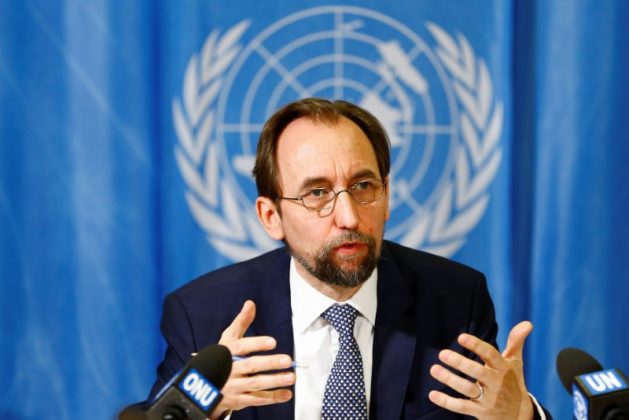 GENEVA (Reuters) – Both Israel and the Palestinians have failed to bring perpetrators of alleged war crimes – including killings – to justice, the United Nations said in a report published on Monday.

Compiled by the office of U.N. High Commissioner for Human Rights Zeid Ra’ad al-Hussein, it evaluates compliance with 64 reports and 929 recommendations from the Council, the U.N. Secretary General and U.N. rights investigators from 2009-2016.

The report looked set to ignite further debate at the U.N. Human Rights Council, where the United States said last week it was reviewing its membership due to what it calls a “chronic anti-Israel bias”. [nL8N1J32BT]

U.S. ambassador to the United Nations Nikki Haley gave formal notice last week that the Trump administration was reviewing its participation and called for reforms to put Israel “on equal footing”.

The report said there had been a “general absence of higher-level responsibility” in Israel for violations in Gaza. “Only a handful of convictions, if any, (have been) issued for minor violations, such as theft and looting”, it said.

Israeli and Palestinians authorities must ensure that victims of violations in their long conflict have access to justice and reparations, it said.

There was no immediate response from either side to the report, to be debated at the 47-member Council on June 19.

In March 2016, the Geneva forum launched the review aimed at “ensuring accountability and justice for all violations of international law in the Occupied Palestinian Territory”.

At the time, it condemned grave breaches including possible war crimes committed in the 2014 Gaza conflict and “long-standing systemic impunity”. It deplored Israel’s “non-cooperation” with the United Nations’ probes into Gaza and Jewish settlements in the West Bank.

Israel, which is not a member of the Council, says it is unfairly targeted because, unlike other states, it is subjected to regular reviews of its compliance with U.N. reports and recommendations.