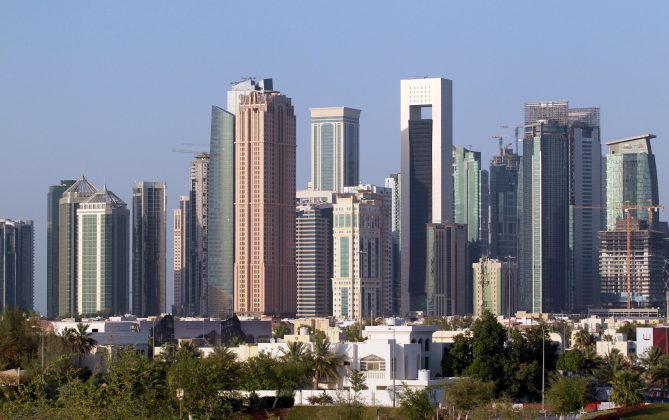 ANKARA (Reuters) – U.S. Secretary of State Rex Tillerson and Turkish counterpart Mevlut Cavusoglu discussed developments in Syria and in the row between Qatar and its fellow Arab states on a phone call late on Saturday, Turkish foreign ministry sources said.

The call, held at Tillerson’s request, came after Tillerson on Friday urged Saudi Arabia and other Gulf states to ease their blockade of Qatar, saying it was causing unintended humanitarian consequences and affecting the U.S.-led fight against Islamic State.

No further details of the call were immediately available.

Referring to Tillerson’s comments on the blockade, Turkish President Tayyip Erdogan said in a speech at a Ramadan fast-breaking dinner in Istanbul on Friday: “I say it should be lifted completely”.

Erdogan vowed to keep supporting Qatar after his rapid approval of legislation on deploying Turkish troops there. On Saturday, he told Bahrain’s foreign minister that the dispute should be resolved by the end of the holy month of Ramadan.

Erdogan on Thursday also approved an accord between Turkey and Qatar on military training cooperation. Both bills were drawn up before the dispute between Qatar and others erupted. Turkey has also pledged to provide food and water supplies to Qatar.

Turkey has maintained good relations with Qatar as well as several of its Gulf Arab neighbors. Turkey and Qatar have both provided support for the Muslim Brotherhood in Egypt and backed rebels fighting to overthrow Syrian President Bashar al-Assad.

Turkey and fellow NATO member the United States have also been at loggerheads regarding U.S. support the Syrian Kurdish YPG militia in the fight against Islamic State in Syria. Turkey views the YPG as an extension of the Kurdistan Workers Party (PKK), which has waged a three-decade-long insurgency on its soil.

The United States said last week it had started supplying arms to the YPG for an assault on the Syrian town of Raqqa, deepening Turkey’s anger. The YPG’s role in the Raqqa campaign has strained ties between the United States and Turkey, which fears growing Kurdish ascendancy along its border.