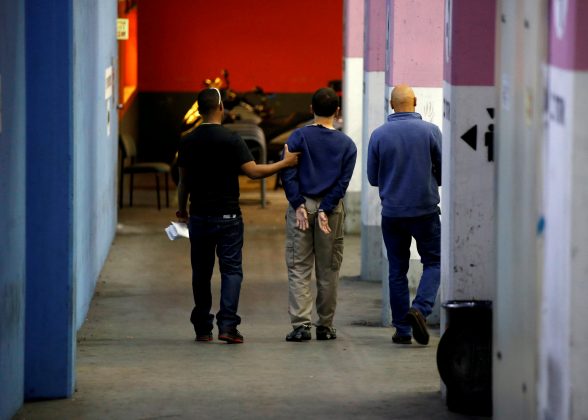 FILE PHOTO: A U.S.-Israeli teen arrested in Israel on suspicion of making bomb threats against Jewish community centres in the United States, Australia and New Zealand over the past three months, is escorted by security personnel following his remand hearing at Magistrate's Court in Rishon Lezion, Israel March 23, 2017. REUTERS/Baz Ratner/File Photo