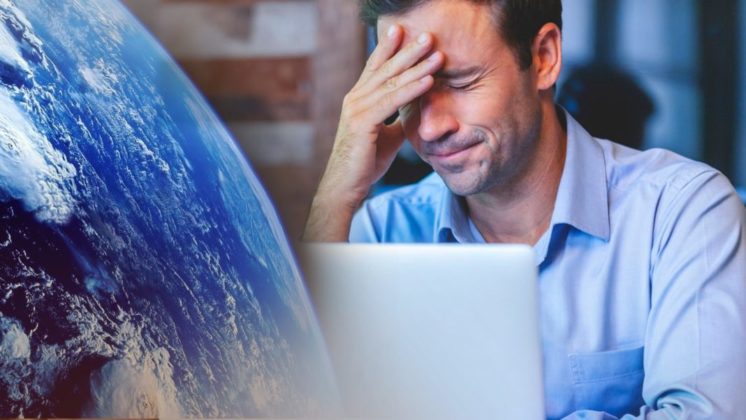 12 Indications The World Is Rapidly Running Out Of Normal
If you are weary of waiting and long for the day when you will meet Jesus in the air, I am writing to encourage you; He’s coming soon.
1. ISRAEL’S MIRACULOUS REBIRTH AS A NATION
a. On May 14, 1948, Israel miraculously became a nation again. The amazing rebirth of Israel fulfilled the words of Isaiah 66:8, which predicted that it would happen in a “day.” Only God could resurrect a nation that had not existed for two-thousand years, supernaturally protect it amid countless wars, and bring it to a place of prosperity such as Israel enjoys today.
2. THIRD TEMPLE FEVER
a. Scripture tells us that the antichrist will defile a still future Jewish temple (Daniel 9:27; Matthew 24:15; 2 Thessalonians 2:3-4).
b. The Temple Institute in Jerusalem has spent over thirty years researching and preparing furnishings for the third temple. They are currently training Levites to serve as priests in it.
3. KICKING AND READY
a. In October, I wrote Globalism, War, Economic Turmoil, Devaluing Human Life — The Day of The Lord Is Looming. [Revelation 6:1-8.]
4. DIGITAL CURRENCY
a. Leo Hohmann, a blogger, author, and investigative reporter, wrote this: “I believe the new Central Bank Digital Currency, or CBDCs, will make their debut in 2023. And this digital currency will tie in directly with the digital health certificates on people’s cellphones in what will become a personal dossier on every individual, tracking and monitoring their movements and behaviors.”
b. The normality of using cash for purchases is slipping away and with it any privacy regarding our finances.
5. DIGITAL HEALTH PASSPORTS
a. At the November 2022 meeting of G20 nations in Indonesia, leaders of the largest economies in the world agreed to work together to implement a “digital health passport” that will begin by tracking everyone’s vaccine status and expand from there.
6. MARK OF THE BEAST TECHNOLOGY
a. With recent advances in AI and the 5G global network, the technology exists for one person to set the parameters and thus control commerce everywhere in the world. These technical innovations not only make the fulfillment of Revelation 13:16-18 possible, but also increasingly likely when one considers the agenda of the globalists!
7. IS IT REALLY HUMAN?
a. Transhumanism is a necessary for controlling people in the coming kingdom of the antichrist.
8. THE SOON ARRIVAL OF ONE-WORLD GOVERNANCE
a. The UN’s Agenda 2030 is all about establishing a global governance by 2030 if not well before that year. The Great Reset of the World Economic Forum (WEF), also known as Build Back Better, is the economic companion of Agenda 2030 and both groups have united in their push to establish a one world government. (Daniel 7:23-25 8:18-26; Revelation 13:1-18).
9. THE WORSHIP OF CREATION RATHER THAN THE CREATOR
a. In November 2022, religious leaders from all over the world reenacted the giving of the Ten Commandments. However, the top ten things on their minds consisted of worshipping nature, that of preserving their god. Combating climate change has become the religion bringing together many diverse faiths as they worship the creation rather than the Creator.
10. WHEN THE WORLD WOBBLES
a. The Bible tells us that during the Tribulation period, the world will wobble (see Isaiah 24:19-20 and Revelation 6:12-17). I find it more than a little curious that what many predict will happen at the time of the pole shift matches what these prophetic passages say will happen during the Day of the Lord. It’s much more than a coincidence.
11. YOU DON’T REALLY BELIEVE THAT DO YOU?
a. 2 Peter 3:2-4 says that scoffers will arise in the “last days” that will mock our hope in Jesus’ soon return. Jude 17-18 also warns of “scoffers” that will come in the last days that will ridicule our hope.
12. PERILOUS TIMES ON STEROIDS ARE HERE
a. RUNNING OUT OF THE OLD NORMAL MEANS THAT JESUS’ GLORIOUS NEW NORMAL IS EVER SO CLOSE
b. The signs, however, reveal that God’s judgment will soon fall on this world. After the Rapture of the church, God’s wrath will devastate the world.