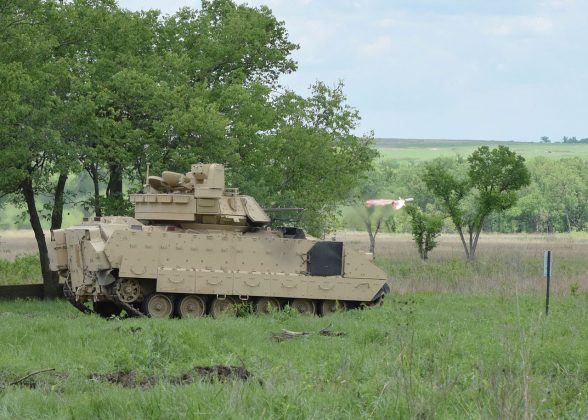 (Reuters) – A Kansas man was sentenced on Monday to 30 years in federal prison for plotting a failed suicide bombing at a U.S. military base on behalf of Islamic State, federal prosecutors said.

John Booker Jr., 22, of Topeka, pleaded guilty in February to plotting the April 2015 attack on Army personnel at Fort Riley, Kansas, and aiding the Islamic State fight against the United States, the Justice Department said in a statement.

Booker was arrested as part of a sting operation in which he went to Fort Riley with two undercover Federal Bureau of Investigation agents to detonate what he did not know was an inert bomb.

Booker had planned to build a vehicle bomb holding 1,000 pounds (455 kg) of ammonium nitrate and trigger it himself, dying in the process, the Justice Department statement said.

Prosecutors said they had tracked Booker since he posted Facebook messages in March 2014 in which he said: “Getting ready to get killed in jihad is a HUGE adrenaline rush!!” He had been in unwitting contact with an undercover FBI agent since October 2014.

A friend of Booker, Alexander Blair, of Topeka, pleaded guilty to storing bomb equipment for him and was sentenced to 15 months in prison in October 2016.

(Reporting by Ian Simpson in Washington; Editing by Peter Cooney)