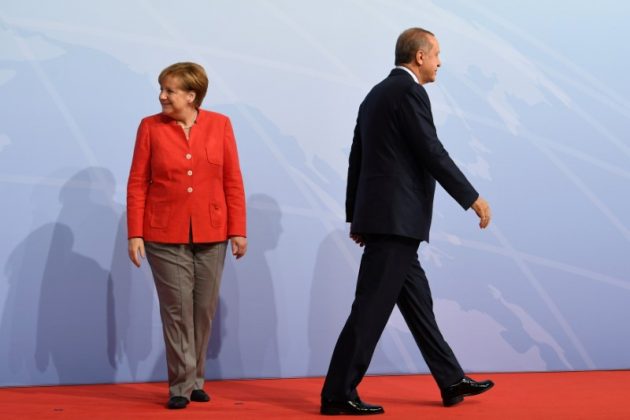 By Paul Carrel and Robin Emmott

BERLIN (Reuters) – NATO’s secretary general is offering to broker a visit by German lawmakers to troops serving on a Turkish air base in an attempt to heal a rift between the two allies which is disrupting anti-Islamic State operations.

The mediation offer by NATO chief Jens Stoltenberg, announced on Monday, came as Ankara itself sought to limit the economic fallout from the damaging row with Berlin, dropping a request for Germany to help it investigate hundreds of German companies it said could have links to terrorism.

Germany has become increasingly worried by President Tayyip Erdogan’s crackdown on the Turkish opposition since a coup attempt last year – concerns made more acute by the arrest this month of six human rights activists, including one German.

Adding to tensions is Turkey’s refusal to let German members of parliament visit soldiers stationed at two air bases. For historical reasons, Germany’s soldiers answer to parliament and Berlin insists lawmakers have access to them.

This has already led Germany to move troops involved in the campaign against Islamic State from Turkey’s Incirlik base to Jordan. The risk of further decampments has sparked deep concern in NATO and now prompted it to intervene.

“The Secretary General has now offered to arrange a visit for parliamentarians to Konya airfield within a NATO framework,” alliance spokesman Piers Cazalet said on Monday. “Konya airfield is vital for NATO operations in support of Turkey and the Counter-ISIS Coalition.”

With Germany Ankara’s largest export market and home to a three million strong Turkish diaspora, it is in Turkey’s economic interests to resolve the row. The swift deterioration in relations threatens to damage deep-rooted human and economic ties.

Germany has warned its nationals traveling to Turkey that they do so at their own risk, and Finance Minister Wolfgang Schaeuble said Erdogan was “jeopardizing the centuries-old partnership”.

Stepping back from confrontation, Turkey’s interior minister on Monday told his German counterpart that Ankara’s submission to Interpol of a list of nearly 700 German companies suspected of backing terrorism had stemmed from “a communications problem”.

Turkey had merely asked Interpol for information regarding the exports of 40 Turkish companies with alleged links to U.S.-based cleric Fethullah Gulen, blamed for the failed putsch last July, Deputy Prime Minister Bekir Bozdag said. He promised that Turkey would remain a “safe haven” for foreign investors.

Germany’s DIHK Chambers of Industry and Commerce said firms remained uncertain about doing business in Turkey, from which Germany bought $14 billion worth of goods in 2016.

“I hear it a lot: if the political environment does not improve, if legal certainty is in question, then there will hardly be a recovery in new investments by German firms (in Turkey),” DIHK foreign trade chief Volker Treier said.