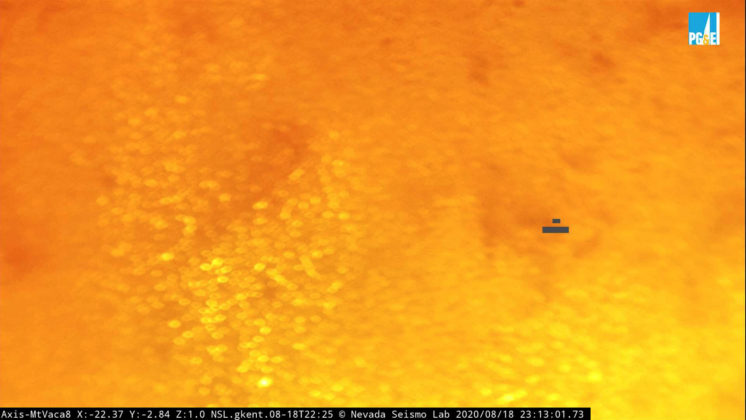 Flames from the Hennessey Fire rage in the last image from a tower-mounted camera before it and another went offline, after they melted in the heat according to AlertWildfire, on Atlas Peak northwest of Vacaville, California, U.S. August 18, 2020. www.alertwildfire.org/Handout via REUTERS.

VACAVILLE, Calif. (Reuters) – Dozens of lightning-sparked wildfires caused thousands of evacuations in Northern California’s wine country on Wednesday, and Colorado battled its second-largest fire ever as a heat wave supercharged blazes across the U.S. West.

A group of fires in Northern California covering over 46,000 acres (18,615 hectares) has destroyed at least 50 structures in a hill and mountain area near Vacaville in Solano County, authorities said.

The city of 100,000, about 30 miles southwest of Sacramento, was under a partial evacuation order after flames from the LNU Lightning Complex fire raced through homesteads and ranches on its west flank. Social media videos showed a number of houses on fire, and residents were forced to flee their homes during the night.

The blazes follow devastating fires across Northern California in 2017 that killed 44, wiped out numerous wineries and destroyed nearly 9,000 homes and other structures.

So-called red flag high winds are fanning flames caused by the lightning in scrub and woodland parched by record-breaking heat and low humidity.

Another group of fires called the SCU Lightning Complex more than doubled in size overnight, and is now burning over 85,000 acres, while the CZU August Lightning Complex has grown to over 10,000 acres and forced evacuations in Santa Cruz County.

Governor Gavin Newsom declared a statewide emergency on Tuesday and California requested 375 fire engines from out of state to fight the blazes.

To the east, at least four large wildfires burned in drought-stricken Colorado. The state’s Pine Gulch Fire grew to over 125,000 acres overnight to become the second largest in Colorado’s history, according to the Rocky Mountain Area Coordination Center. The fire remains at 7% containment, according to the InciWeb fire data site.