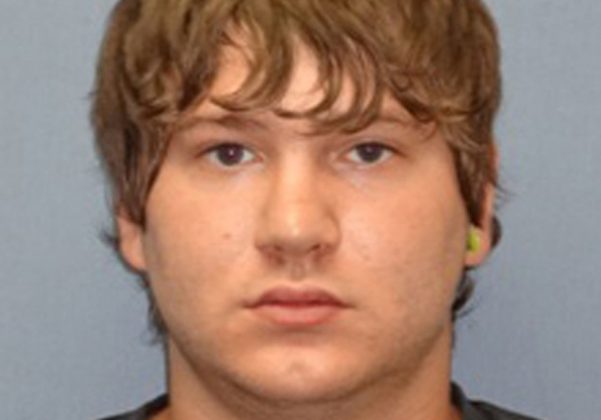 Jerry Drake Varnell, is pictured in this undated handout photo obtained by Reuters August 14, 2017. Oklahoma Department of Corrections/Handout via REUTERS

(Reuters) – An Oklahoma man was arrested after what he thought was an attempt over the weekend to bomb an Oklahoma City bank building as part of an anti-government plot, U.S. prosecutors said on Monday.

The Federal Bureau of Investigation arrested Jerry Drake Varnell, 23, on Saturday after an undercover agent posed as a co-conspirator and agreed to help him build what he believed was a 1,000-pound (454 kg) explosive.

Varnell had initially planned to bomb the U.S. Federal Reserve in Washington in a manner similar to the 1995 explosion at a federal building in Oklahoma City that killed 168 people, according to a complaint.

FBI agents arrested Varnell after he went as far as making a call early on Saturday morning to a mobile phone he believed would detonate a device in a van parked next to a BancFirst Corp building in downtown Oklahoma City, the complaint said.

“This arrest is the culmination of a long-term domestic terrorism investigation involving an undercover operation, during which Varnell had been monitored closely for months as the alleged bomb plot developed,” federal prosecutors said in a statement. “The device was actually inert, and the public was not in danger.”

Varnell, of Sayre, Oklahoma, was charged with malicious attempted destruction of a building in interstate commerce. He is expected to make his first court appearance in federal court in Oklahoma City on Monday afternoon.