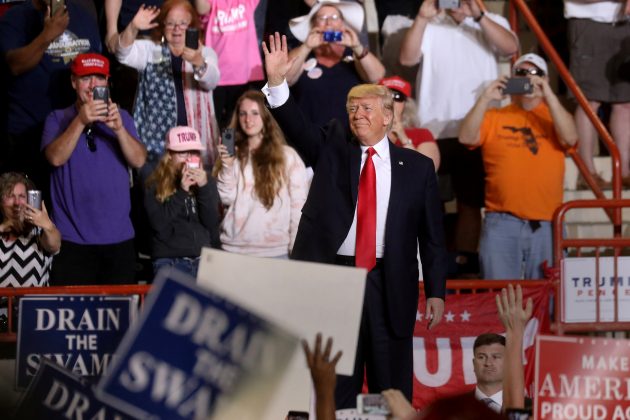 NEW YORK (Reuters) – Labor unions and immigrant advocacy groups will lead May Day rallies in cities across the United States on Monday, with organizers expecting larger-than-usual turnouts to protest the immigration policies of President Donald Trump.

The demonstrations could be the largest by immigrants since Trump’s inauguration on January 20, activists say, and some immigrant-run businesses plan to shut down for some or all of the day to protest the administration’s crackdown on immigrants living in the country illegally.

“To me, it’s offensive the policies this president is trying to implement,” said Jaime Contreras, vice president of the Service Employees International Union’s 32BJ affiliate, which represents cleaners and other property service workers in 11 states.

“It’s a nation of immigrants, and separating immigrant families because of their immigration status, it goes against what we love about this wonderful country.”

May Day, also known as International Workers’ Day, has typically been a quieter affair in the United States than in Europe, where it is a public holiday in many countries.

In New York City, immigrant-run convenience stores and taxi services in upper Manhattan will close during the morning rush hour between 7 a.m. and 10 a.m., in a protest reminiscent of those staged on “A Day Without Immigrants.”

At lunchtime, fast-food workers will join elected officials at a rally outside a McDonald’s restaurant in midtown Manhattan, calling for more predictable work schedules.

In the early evening, organizers expect thousands of demonstrators to gather at a rally in Manhattan’s Foley Square for musical performances and speeches by union leaders and immigrants living in the country illegally.

In Los Angeles, organizers expect tens of thousands of people to gather in the morning at MacArthur Park before marching downtown to a rally before City Hall.

Heightened precautions were also in place in Seattle, where officials were on the lookout for incendiary devices and gun-carrying protesters after a January shooting outside a political event and an incident during May Day 2016 when a protester threw an unlit Molotov cocktail at police.

Some Trump supporters said they would also turn out on May Day. Activist Joey Gibson said he and other conservatives will travel to Seattle to defend against what he described as communist and anti-fascist groups who have in the past faced off with police in the evening, after the conclusion of the usually peaceful daytime marches.

“We’re going to go down there to help build courage for other people, especially conservatives,” Gibson said.

(Reporting by Jonathan Allen in New York and Tom James in Seattle; Editing by Frank McGurty and Mary Milliken)