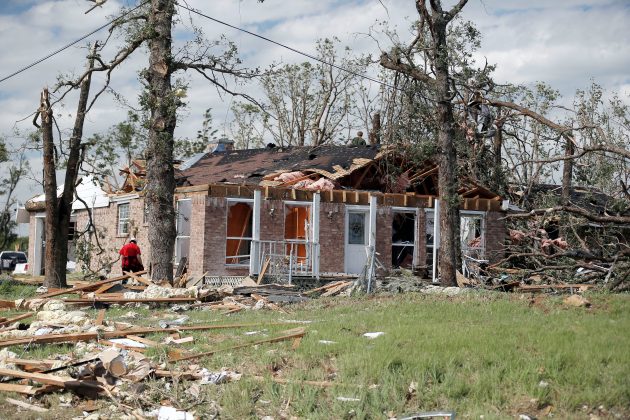 Homeowners clean up debris after a tornado hit the town of Emory, Texas. REUTERS/Brandon Wade

(Reuters) – A powerful storm system bore down on the eastern United States on Monday after spawning tornadoes and torrential rains that killed at least 16 people and shut down hundreds of roads over the weekend, forecasters said.

The storm that tore through the central United States from Texas to Illinois could spawn damaging winds, hail and  tornadoes as it heads into parts of the Middle Atlantic and Northeast, the National Weather Service said.

The front, described as a “powerhouse of an upper level system,” could pack downpours of more than an inch (2.5 cm) an hour as it hammers Pennsylvania and New York state, the weather agency said.

Flooding that could be record breaking in eastern Oklahoma, northern Arkansas, Missouri and Illinois was expected to take several days to recede, it said. 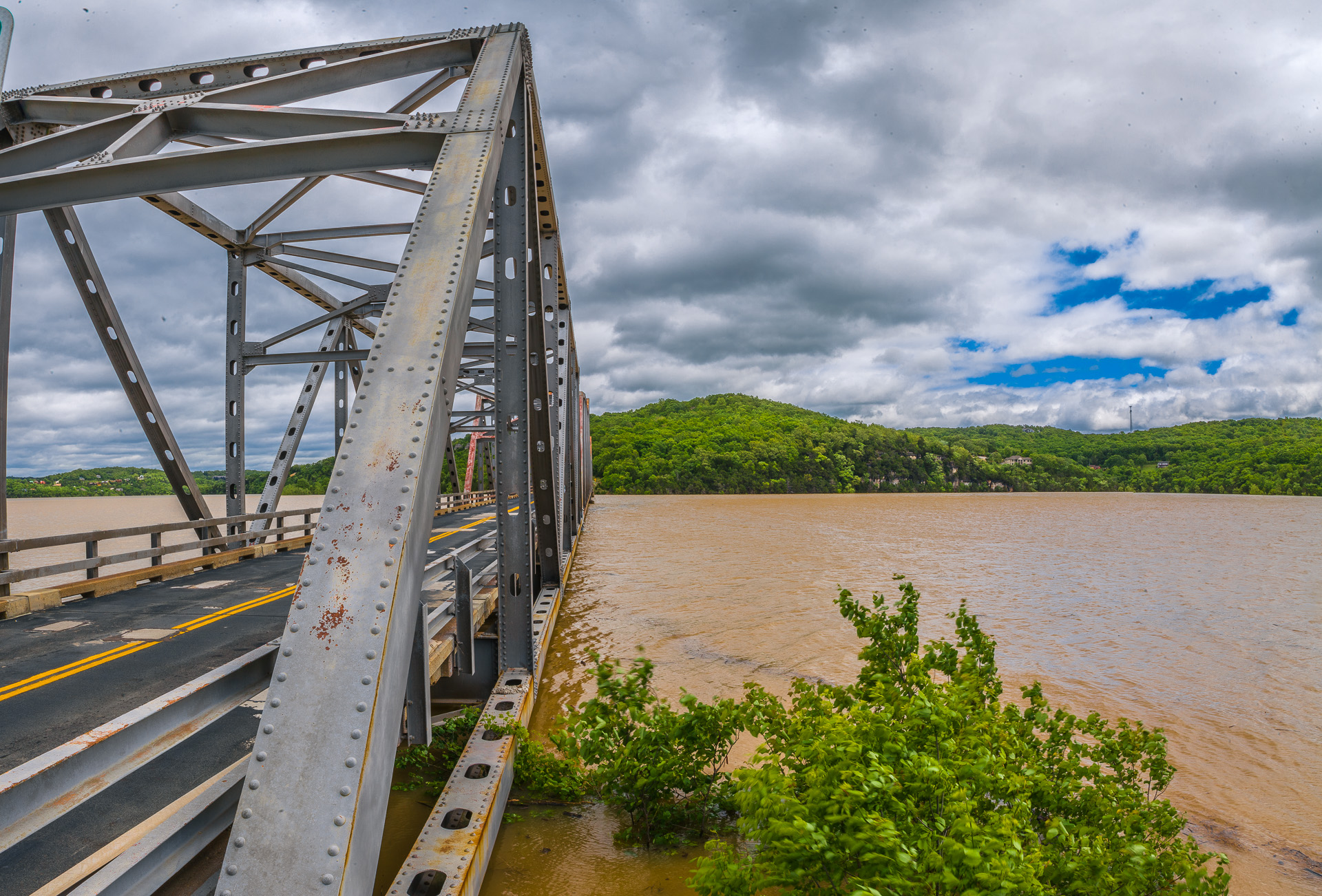 High water in Missouri on Monday forced about 330 roads to close, including a stretch of Interstate 44 near Rolla, the state transportation department said on its website. More than 100 highways also were shut in neighboring Arkansas, state officials said.

In North Carolina, Governor Roy Cooper urged residents to remain on their guard, especially in areas already hit by flooding. Almost 30 roads were closed from high water and washouts, his office said in a statement.

Tornadoes from the storm system killed four people on Saturday in Canton, Texas, about 60 miles (95 km) east of Dallas. The National Weather Service said Canton was hit by four tornadoes, with two packing winds of 136 miles to 165 miles (219 km to 265 km) per hour.

Five people died in Arkansas, with two still missing, said state emergency management spokeswoman Melody Daniels. She could not confirm news reports that the missing were children who were in a car swept off a bridge.

A business damaged by tornadoes is seen in Canton, Texas. REUTERS/Brandon Wade

In Mississippi, one man was killed when a tree fell on his home, and a 7-year-old boy was electrocuted when he unplugged an electric golf cart in standing water, said Greg Flynn, a spokesman for the state’s emergency agency.

Two people were killed in Tennessee in storm-related incidents, authorities said. They included a Florence, Alabama, woman struck by a falling tree on Sunday, the Lincoln County Sheriff’s Department said in a statement.

In Missouri, a 72-year-old Billings woman was swept away by high waters on Saturday, and two men ages 18 and 77 drowned in  separate incidents on Sunday, emergency management spokesman Mike O’Connell said.

(Reporting by Ian Simpson in Washington; Editing by Colleen Jenkins and Andrew Hay)