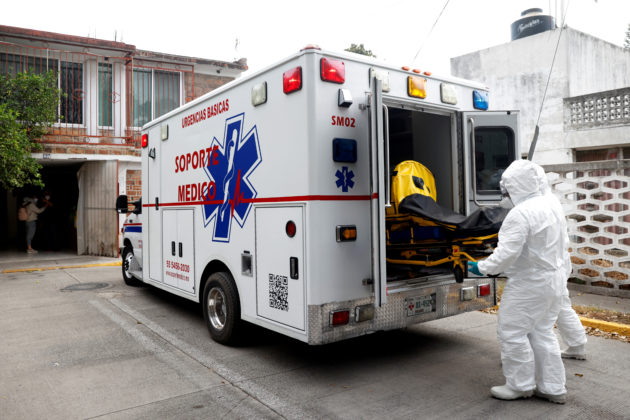 MEXICO CITY (Reuters) – Mexican President Andres Manuel Lopez Obrador said on Monday the government aimed to compensate for a reduction in deliveries of COVID-19 vaccine doses from Pfizer Inc with those from other providers.

The World Health Organization (WHO) said on Monday it was in advanced talks with Pfizer about including its vaccine in the agency’s portfolio of shots to be shared with poorer countries.

Mexico had been expecting weekly deliveries of some 400,000 doses of the Pfizer vaccine developed with Germany’s BioNTech SE. As a result of the U.S. drugmaker’s WHO agreements, Mexico would for now only be receiving half that total, Lopez Obrador told a regular news conference.

It was not clear how long the reduction would last. Pfizer did not immediately reply to a request for comment.

The Pfizer/BioNTech vaccine is currently the only one being administered in Mexico, which has reported the fourth-highest death toll from the pandemic worldwide.

Mexico has also signed deals to acquire vaccines from Britain’s AstraZeneca Plc and China’s CanSino Biologics. Mexico has approved the AstraZeneca shot and expects to have it by March. It is still reviewing the CanSino vaccine.

Lopez Obrador also noted Mexico was about to complete its review of a Russian vaccine, and would soon have it available, an apparent reference to the Sputnik V product.

Mexico suffered a setback to its drive to inoculate the public with the news over the weekend that the official in charge of the program, Miriam Veras Godoy, had stepped down for personal reasons, according to the health ministry.