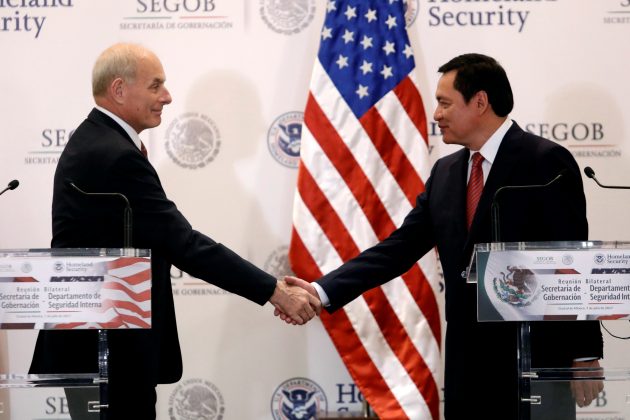 Osorio Chong did not provide details as he spoke alongside Kelly, who was coming to the end of a three-day visit to Mexico.

Kelly, who on Thursday traveled to one of Mexico’s most lawless regions to discuss the military’s efforts to battle drug traffickers and observe opium poppy eradication, said the two sides aimed to strengthen joint security cooperation.

“We are also working together to defeat the scourge of illegal drugs, with special emphasis on the heroin, cocaine and fentanyl that is flooding the hemisphere and resulting in deaths in both of our countries,” Kelly said.

U.S. deaths from opiates including fentanyl and heroin have risen sharply in the last few years, putting the issue at center stage in efforts to strengthen cooperation on security matters between Mexico and the United States.

Kelly said U.S. President Donald Trump aimed to create “stronger, durable bonds” between the two neighbors, which have been at starkly at odds on some areas of policy under Trump, particularly the Republican leader’s plan to build a wall along the U.S.-Mexico border.