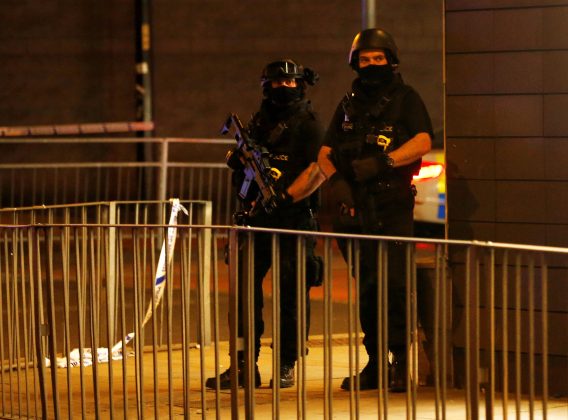 FILE PHOTO: Armed police officers stand next to a police cordon outside the Manchester Arena, where U.S. singer Ariana Grande had been performing, in Manchester, northern England, Britain, May 23, 2017. REUTERS/Andrew Yates/File Photo

LONDON (Reuters) – Britain’s MI5 has begun an internal review of how it handled intelligence on Manchester suicide bomber Salman Abedi, who was known to the authorities but not under active investigation, a source told Reuters on Monday.

Interior minister Amber Rudd said the review was the “right first step” for the intelligence agency to take in the wake of the May 22 bombing that killed 22 people at a pop concert by U.S. singer Ariana Grande.

MI5 is subject to scrutiny by a committee of parliament, and it is highly unusual for British authorities to make public that the security service is conducting its own internal investigation into possible lapses.

“The review will look at what was known about Abedi, what decisions were made about the intelligence and what, if anything, could have been done differently,” the source said, speaking on condition of anonymity.

“This is a review that would seek to answer whether there are lessons to be learned from how the Security Service handled the intelligence on Abedi.”

The source told Reuters that Abedi was not among the 3,000 people currently under active investigation by MI5, although he was one of around 20,000 people known to the agency, whose focus is on countering terrorism and espionage.

The BBC said MI5 was alerted at least three times to the  ‘extremist views’ of Abedi, a 22-year-old who grew up in Manchester in a family of immigrants from Libya. It was not possible to confirm that report.

“This is an ongoing investigation so I’m not going to be drawn into comments on the actual man who committed this crime,” Rudd told BBC television, declining to say what was known about Abedi and when.

Last week’s attack, the deadliest in Britain since 2005, was claimed by Islamic State. It drew particular revulsion because of the targeting of children – the youngest victim was just eight years old, and nine of the others were teenagers. 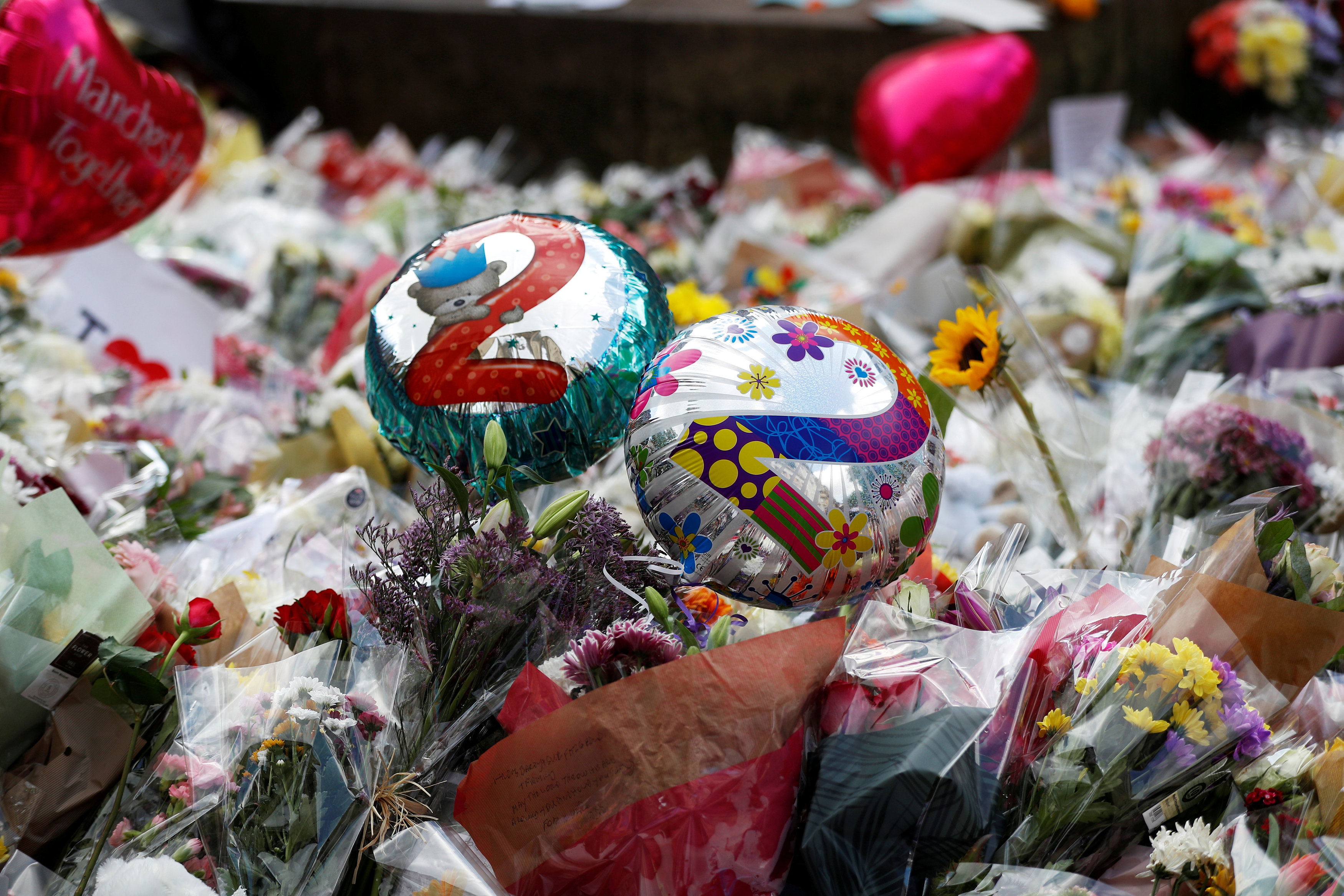 FILE PHOTO: Balloons and floral tributes for the victims of the attack on the Manchester Arena are seen in St Ann’s square in Manchester, Britain, May 24, 2017. REUTERS/Peter Nicholls/File Photo

Earlier on Monday, police made a 16th arrest as part of the case.

Britons head to the polls in 10 days’ time to elect a new government, with security and police cuts having risen to the top of the political agenda since the bombing last Monday.

Prime Minister Theresa May’s Conservatives have seen their poll lead cut in the wake of the attack and after a U-turn over their social care plans for the elderly.

Surveys suggest May – who as a former interior minister oversaw the police and domestic intelligence agency – might not win the landslide predicted just a month ago.

It was not clear whether the authorities became aware of Abedi during May’s tenure as interior minister between 2010 and 2016.

British security services have thwarted 18 militant plots in the UK since 2013, including five since an attack in central London in March, when a man mowed down pedestrians in a car and then stabbed a policeman at the entrance to parliament, a source with knowledge of the matter told Reuters last week.