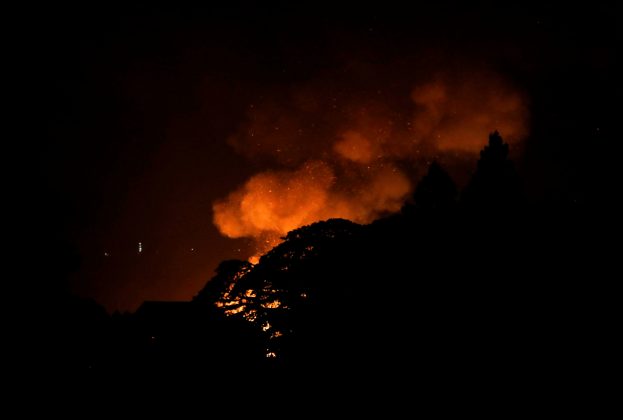 A view of a fire caused by continued fighting between the government soldiers and the Maute group, in Marawi City in southern Philippines May 28, 2017. REUTERS/Erik De Castro

ILIGAN CITY, Philippines (Reuters) – Bishop Edwin Dela Pena was sipping coffee after dinner in a southern Philippines coastal town last Tuesday when he received a phone call: it was from one of his diocese priests, who sounded panicky and distressed.

Father Teresito “Chito” Sugarno, the vicar general of Marawi City, had been taken hostage by Islamist militants along with about a dozen of his parishioners.

“He was only given a few lines to deliver, and it was simply echoing the demands of the kidnappers – for the troops to withdraw,” said Dela Pena. If the demand was not met, he was told, “something bad would happen”.

There has been no further word from the group of Christians since they were caught up in a ferocious battle that has raged between Islamist insurgents and Philippines soldiers in Marawi for the past week.

As many as 180,000 people, about 90 percent of the population, have fled the usually bustling lakeside town nestled in lush tropical hills that, almost overnight last week, became a theater of urban warfare.

Philippines President Rodrigo Duterte declared martial law across Mindanao – the country’s southernmost island and an area the size of South Korea – as troops outside Marawi closed in on  Isnilon Hapilon, who was proclaimed “emir” of Southeast Asia last year after he pledged allegiance to Islamic State.

Mindanao has long been a hotbed of local insurgencies and separatist movements: but now, Islamist fighters from Malaysia, Indonesia and other countries have converged in Mindanao, stoking fears that it could become a regional stronghold of Islamic State.

More than 90 percent of the Philippines’ 100 million people are Christian, but here Muslims are in the majority. In 1980 Marawi proclaimed itself an “Islamic City” and it is the only city in the country with that designation.

For the small Christian community of Marawi, however, life in the city had until recently been peaceful and prosperous.

“We don’t consider ourselves Muslims or Christians, we are just friends,” said Dela Pena, who has lived for 17 years in Marawi but was out of town when the violence broke out.

That peace was shattered some months ago, he said, after the army bombed an encampment of Islamist groups some 50 km (30 miles) away.

“They said they pulverized the whole camp, but these people simply transferred their base of operation from the jungle to the urban center, to the city, Marawi,” he told Reuters in an interview from Iligan City, 37 km (23 miles) from Marawi.

“They came in trickles, a few people at a time. They have relatives there. They lived, they recruited,” he said, adding that authorities appear to have missed the looming threat. 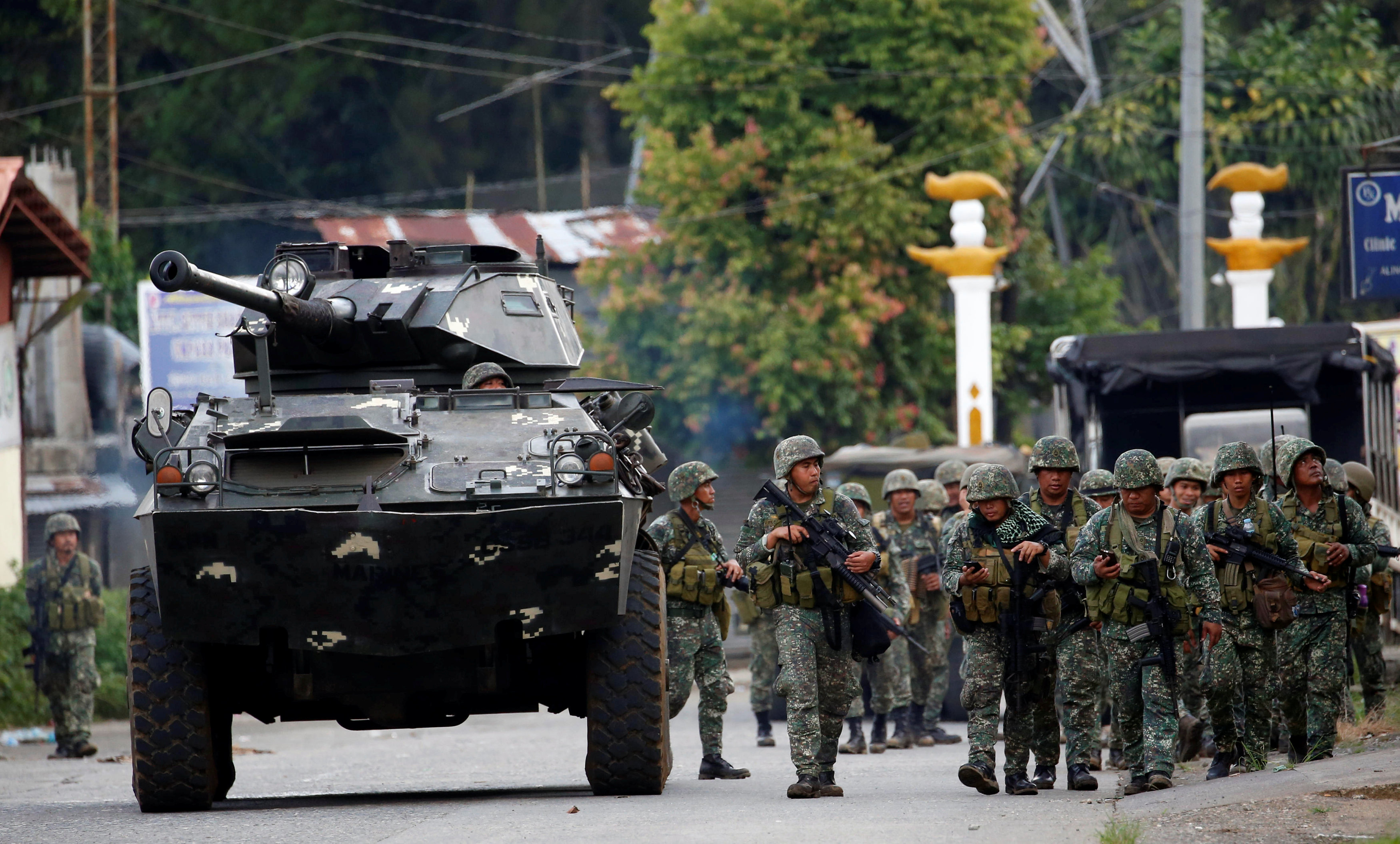 Members of Philippine Marines walk next to an armoured fighting vehicle (AFV) as they advance their position in Marawi City, Philippines May 28, 2017. REUTERS/Erik De Castro

Chaos was unleashed upon Marawi when troops searching for Hapilon were ambushed by heavily armed militants.

More than 200 local and foreign fighters from the Maute group and others allied to Islamic State fanned out across the city, seizing the main hospital and prison before attacking the Cathedral of Maria Auxiliadora.

Inside, nearby residents told Dela Pena, Father Teresito and a group of worshippers were decorating the church for a holy day to celebrate the life of Mary, a sacred figure in both Christianity and Islam.

Dela Pena said they ran to the nearby bishop’s house, hoping they would be safe there, but the militants burst in after them. That evening, after bundling their captives into vehicles, they torched the church, according to the residents.

Photos showing the priest, a young man and a woman slumped against a wall have circulated on the internet. Dela Pena believes they are being used as human shields by the militants.

“I cannot imagine. I have no words to describe it,” he said.

Still, he remains hopeful that the city can unite again. The vast majority of Marawi’s citizens, whatever their faith, are appalled by the violence and disruption, he said.

“I think we can begin something more effective in terms of working together, in terms of dialogue, in terms of peaceful coexistence,” he said. “After all, we have shared the same predicament.”