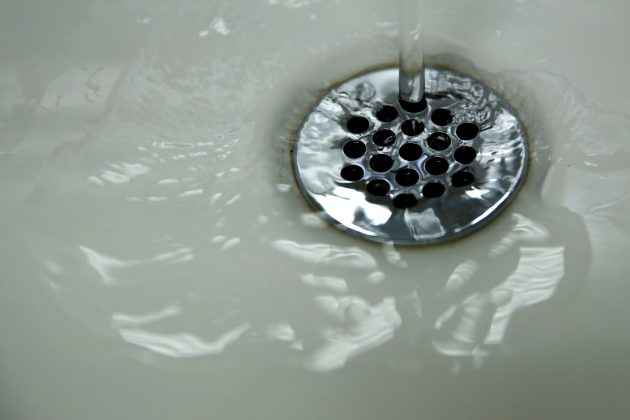 FILE PHOTO: Running tap water is seen in a city struggling with the effects of lead-poisoned drinking water, in Flint, Michigan, U.S., May 4, 2016. REUTERS/Carlos Barria/File Photo

(Reuters) – Michigan on Thursday adopted the strictest U.S. rules to guard against lead in drinking water, a move sparked by the Flint water crisis that exposed thousands of city residents to the toxic chemical, officials said.

Michigan Governor Rick Snyder, who has been criticized for his slow response in the crisis, said state officials decided to exceed federal standards in plans to lower the state’s requirement for lead concentration levels in water.

“As a state, we could no longer afford to wait on needed changes at the federal level, so Michigan has stepped up to give our residents a smarter, safer rule – one that better safeguards water systems in all communities,” he said in the statement.

Flint, facing an extended economic decline since the 1980s, came under the control of a state-appointed emergency manager in 2011. To save money, the city of about 100,000 residents in 2014 temporarily switched its water source from Detroit’s municipal system to the Flint River, which was more corrosive and caused more lead to leach from aging pipes, causing health problems.

The crisis prompted a rash of lawsuits by parents who say their children, who are especially vulnerable to lead poisoning, had dangerously high levels of the chemical in their blood.

All public water systems are required to replace the state’s 500,000 lead service lines at a rate averaging 5 percent per year beginning in 2021 over a 20-year period.

The new rules prohibit partial lead service line replacement due to the potential for elevated lead levels that could harm public health. Most public water systems are required to perform a full system inventory detailing all parts and materials used.

“The new Michigan Lead and Copper Rule is the most stringent in the world when applied to cities with lead pipe – yet it strikes a reasonable balance between cost and benefit,” Virginia Tech professor Marc Edwards, a water engineer who first raised the issue of Flint’s lead contamination, said in an email.