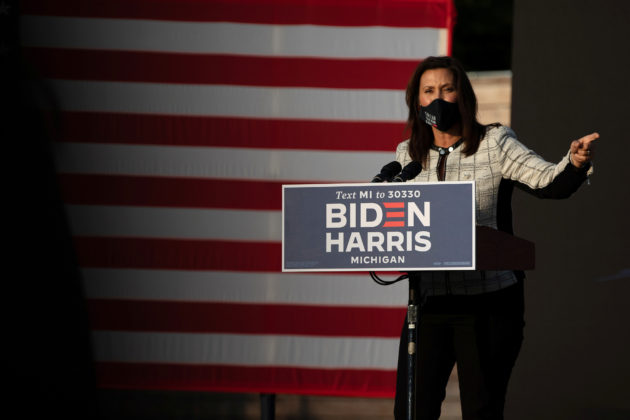 WASHINGTON (Reuters) – Michigan Governor Gretchen Whitmer on Wednesday signed an executive directive setting a goal for the midwestern state to become carbon neutral by 2050, the ninth U.S. state to take on this target.

Whitmer’s plan directs the state’s Department of Environment, Great Lakes and Energy to come up with a strategy to carry out the target by the end of next year that would reduce emissions across the state’s key economic sectors.

Michigan, where temperatures have risen over the last three decades across all counties, is the 10th biggest emitter of carbon dioxide emissions, according to the U.S. Energy Information Administration. It is a swing state in the Nov. 3 presidential election that President Donald Trump, a Republican who has rolled back efforts by Democrats to fight climate change, won narrowly in 2016.

“Through comprehensive and aggressive steps, we will combat the climate crisis by formally setting and relentlessly pursuing a goal of statewide decarbonization by 2050,” said Whitmer, a Democrat. The target will spur the creation of clean energy and energy efficiency jobs, she said.

It calls for all new state-owned buildings to be carbon neutral by 2040 and existing buildings to reduce energy use by 40% by 2040.

Whitmer also set an interim goal for the state to reduce greenhouse gas emissions 28% below 1999 levels by 2025.

The order does not yet outline emissions-cutting requirements for the state’s auto manufacturers, but companies like Ford have already set a carbon neutrality goal. Ford and GM have also said they plan to build electric pickup trucks in the state.