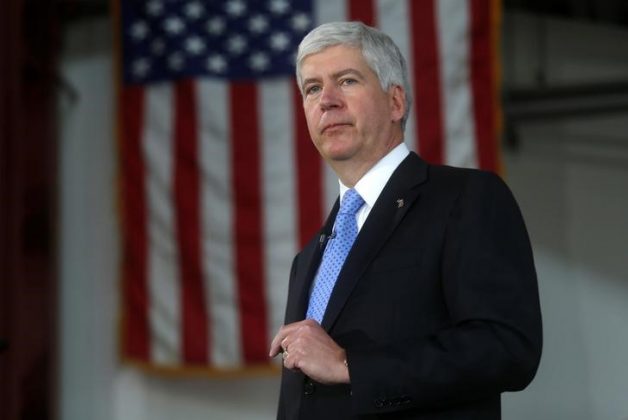 (Reuters) – Michigan Governor Rick Snyder denied Thursday that he had misled a U.S. House of Representatives committee last year over testimony on Flint’s water crisis after lawmakers asked if his testimony had been contradicted by a witness in a court hearing.

The House Oversight and Government Reform Committee wrote Snyder earlier Thursday asking him about published reports that one of his aides, Harvey Hollins, testified in a court hearing last week in Michigan that he had notified Snyder of an outbreak of Legionnaires’ disease linked to the Flint water crisis in December 2015, rather than 2016 as Snyder had testified.

“My testimony was truthful and I stand by it,” Snyder told the committee in a letter, adding that his office has provided tens of thousands of pages of records to the committee and would continue to cooperate fully.

The charges stem from more than 80 cases of Legionnaires’ disease and at least 12 deaths that were believed to be linked to the water in Flint after the city switched its source from Lake Huron to the Flint River in April 2014.