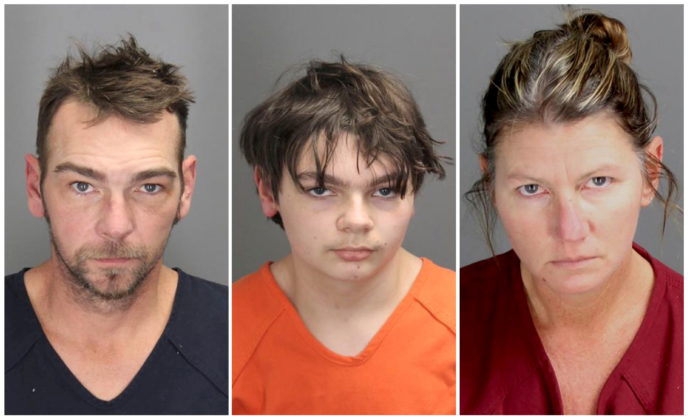 Reuters) – A deadly shooting rampage at a Michigan high school last week was “entirely preventable,” according to a $100 million federal lawsuit filed on Thursday against the Michigan school district and its employees.

The lawsuit was filed on behalf of Riley Franz, 17, who was shot in the neck, and her sister Bella, 14, who was next to her when she was shot in the Nov. 30 incident at Oxford High School in suburban Oakland County, some 30 miles (48 km) northwest of Detroit.

The girls’ parents, Jeffrey and Brandi Franz, also are listed as plaintiffs in the lawsuit filed in U.S. District Court, Eastern District of Michigan, Southern Division.

Riley Franz was among 6 students and a teacher seriously injured in the gunfire that killed 4 students.

Ethan Crumbley, a 15-year-old student, was being held without bail after he was charged as an adult in the attack, the deadliest U.S. school shooting of 2021.

His parents, James and Jennifer Crumbley, who gave him the gun as an early Christmas present and are accused of then ignoring warning signs that he was planning a shooting at the high school, were charged with involuntary manslaughter and were being held in lieu of $500,000 bail.

The district did not immediately respond to a Reuters request for comment.

The lawsuit seeks $100 million on behalf of the Franz parents, and Riley – described as a 12th grade honor roll student preparing to enter college – and Bella, said to be a 9th grade star athlete getting ready for driver’s training.

“Each and every defendant named herein created and increased the dangers then-existing at Oxford High School. The individually named Defendants are each responsible through their actions for making the student victims less safe.”

Among the many detailed accusations in the 44-page lawsuit were several detailing Ethan Crumbley’s threats of violence on social media as well as his search for ammunition on his cell phone.

Throne and Wolf reviewed social media posts and were aware of the ammunition search reported by a teacher prior to the shooting, the lawsuit said. Still, they reassured all parents by email and other correspondence that their children were safe at Oxford, the lawsuit said.