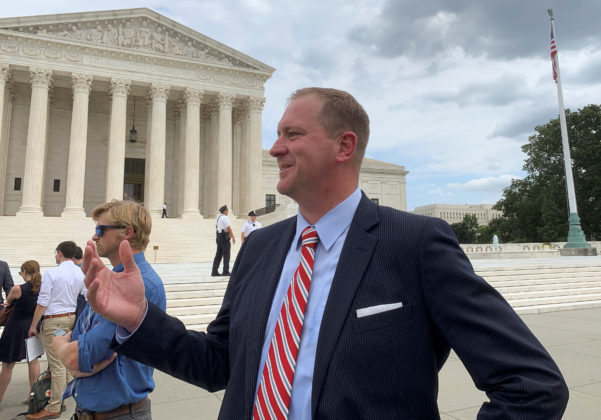 (Reuters) – Missouri Attorney General Eric Schmitt on Tuesday filed a lawsuit against school districts in his state that have required masks for students and teachers, calling the practice in a statement “arbitrary and capricious.”

The lawsuit filed in Boone County Circuit Court named Columbia Public Schools, its school board and its superintendent as defendants but also includes other schools that have issued such mandates.

Columbia’s school district, with about 19,000 pupils in the center of the Midwestern state, issued a mask mandate this month for all students, teachers and staff to protect against a surge in COVID-19 cases.

“We filed this suit today because we fundamentally don’t believe in forced masking, rather that parents and families should have the power to make decisions on masks, based on science and facts,” Schmitt said in a statement.

The lawsuit asked the court to rule the mask mandate is unlawful and to block the district from carrying it out.

The lawsuit is one of several court battles being waged in the United States over masking and COVID vaccinations as educators, parents and lawmakers grapple with another coronavirus surge just as students head back to the classroom.

In Florida, the state Board of Education on Friday ordered two school districts to provide parents with a way to opt out of a requirement that their children wear masks or face having some of their state funding withheld. On Tuesday, the Broward County School Board, which oversees a system of 261,000 students, said it rejected the order.

Columbia Public Schools officials were not available for comment on Tuesday. On Aug. 13, when the district announced the masking requirement, it cited a high rate of transmission of the Delta variant in the community.

“We know not everyone will agree with this decision,” the district said in a statement. “This decision is not a forever decision, but it is a decision that is currently necessary.”

(Reporting by Brendan O’Brien in Chicago; Editing by Chris Reese and David Gregorio)