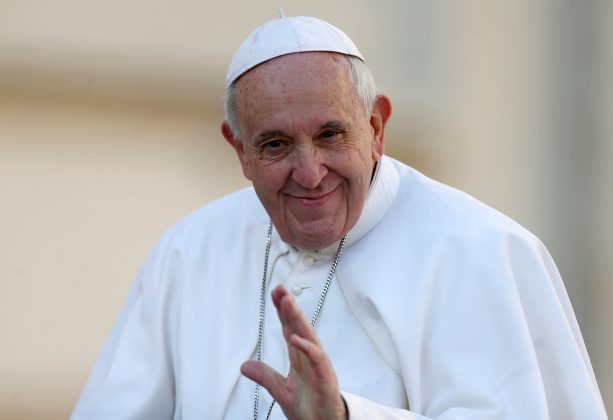 RABAT (Reuters) – Moroccan converts to Christianity, a tiny minority in an overwhelmingly Muslim country, are looking to Pope Francis’ visit next week as an chance to press their demands for religious freedom.

Francis will spend two days in Rabat on his first trip to the North African country from March 30-31 – the first visit there by any pope in nearly 35 years.

He will spend time with Roman Catholics – most of them expatriate Europeans, mainly French, and sub-Saharan African migrants – who are free to worship in churches such as the capital’s art deco St. Peter’s Cathedral.

But unlike those “foreign Christians”, Moroccan converts say they are forced to worship at home, in secret. Conversion from Islam to Christianity is banned – as it is in many Muslim countries – and proselytizing is punishable by up to three years in prison.

One group backing them – the Moroccan Association for Religious Rights and Freedoms – has already written to the Vatican, raising its concerns, and it is planning a sit-in outside a church in Rabat on the eve of the visit.

“We want laws that protect religious minorities in the country on an equal footing,” the head of the association, Jawad El Hamidy, said.

“We will seize the pope’s visit to put more pressure on the state to protect religious freedoms.”

Morocco has marketed itself as an oasis of religious tolerance in a region torn by militancy – and has offered training to Muslim preachers from Africa and Europe on what it describes as moderate Islam.

Government spokesman Mustapha El Khalfi said the authorities did not violate religious freedoms. “There is no persecution in Morocco and there is no discrimination on the basis of faith,” he told reporters when asked about the accusations.

But converts point to the constitution, which formally recognizes the existence of Moroccan Muslims and Jews – but not of Moroccan Christians. They also point to their day-to-day experience.

“When I went to a church to declare my faith, I was told that I was prohibited to do so by Moroccan law,” said a 40-year-old Moroccan Christian who gave his name as Emmanuel and asked not be shown while filmed.

“We call on Moroccan authorities and the Holy Father to seize the opportunity offered by this papal visit to launch a sincere dialogue on religious freedom for Moroccan citizens,” the Coordination of Moroccan Christians, a local lobby group, said.

There are no official statistics, but leaders say there are about 50,000 Moroccan Christians, most of them from the Protestant Evangelical tradition – outnumbering the estimated 30,000 Roman Catholics in the country.

There was no immediate response from the Vatican to the Association’s letter. But the most senior Roman Catholic in Morocco – the Archbishop of Rabat, Cristobal Lopez&nbsp;Romero – offered his support.

“We as Catholic Christians appreciate that we fully enjoy the freedom of faith but we will be happier if the Moroccan people could also enjoy that,” the Spanish cleric told reporters.

“I would love to be able to become Moroccan without having to change my religion.”