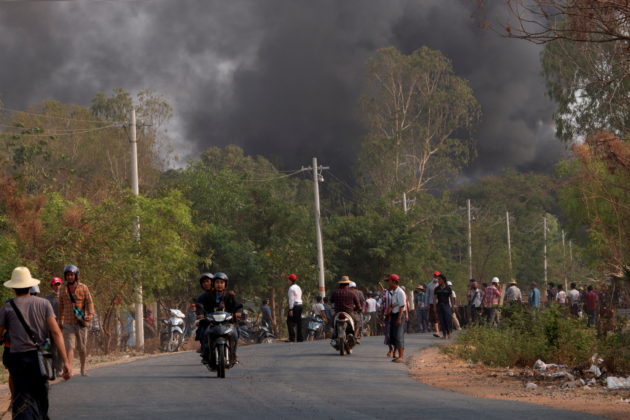 FILE PHOTO: Demonstrators are seen before a clash with security forces in Taze, Sagaing Region, Myanmar April 7, 2021, in this image obtained by Reuters. Photo obtained by REUTERS.