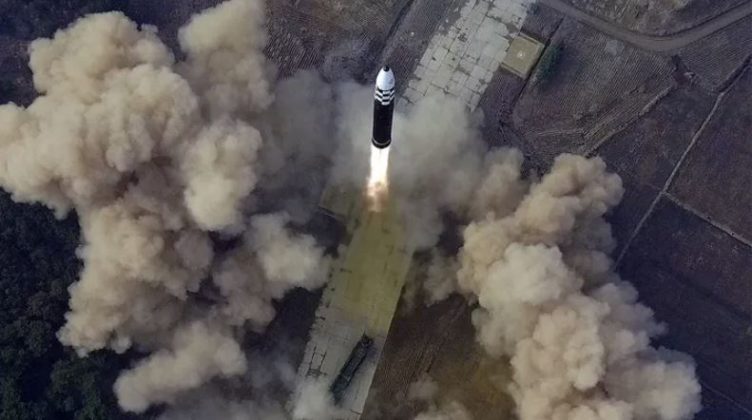 An overview of what state media reports is the launch of the Hwasong-17 intercontinental ballistic missile in this undated photo released on March 25, 2022. (North Korea's Korean Central News Agency via REUTERS)