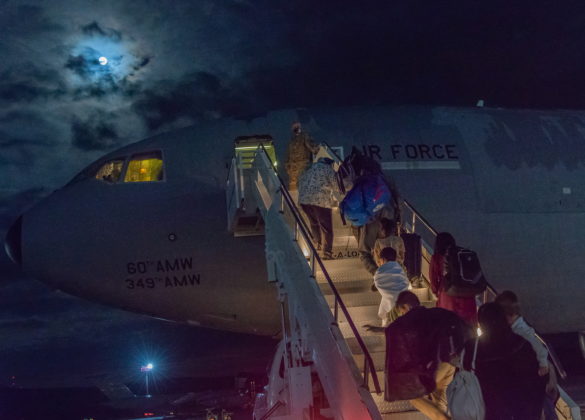 U.S. citizens and their families board a departure flight on their way to the United States as part of Operations Allies Refuge, at Ramstein Air Base, Germany, August 23, 2021. Airman Edgar Grimaldo/U.S. Air Force/Handout via REUTERS