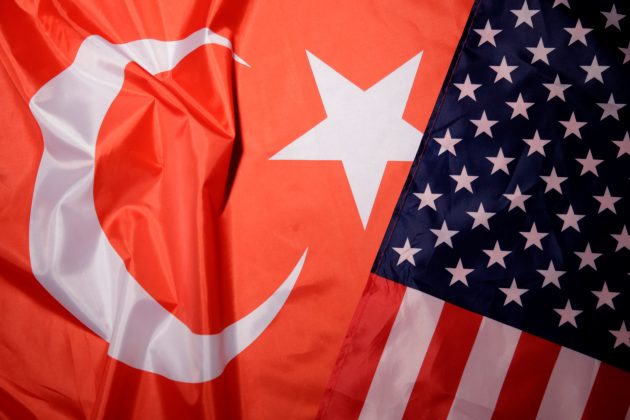 BRUSSELS (Reuters) – The United States and Turkey appeared to make no progress during talks at NATO headquarters on Wednesday toward resolving a major dispute over Ankara’s plans to acquire a Russian air defense system, just ahead of its expected July delivery.

The United States says Turkey’s acquisition of Russia’sS-400 air defenses poses a threat to the Lockheed Martin Corp’s F-35 stealthy fighters, which Turkey also planned to buy. Washington says Ankara cannot have both and has started the process of removing Turkey from the F-35 program, including halting training of Turkish pilots in the United States on the advanced, stealth aircraft. Acting U.S. Defense Secretary Mark Esper warned his Turkish counterpart, Hulusi Akar, during closed-door talks on Wednesday that Turkish acquisition would also have an economic impact, a senior U.S. defense official said, in a nod to expected U.S. sanctions.

“The secretary was very firm, once again, that Turkey will not have both the S-400 and the F-35. And if they accept the S-400 they should accept ramifications not only to the F-35 program but also to their economic situation,” the official said.

Buying military equipment from Russia leaves Turkey vulnerable to U.S. retribution under a 2017 law known as the Countering America’s Adversaries Through Sanctions Act, or CAATSA.

Turkey has played down U.S. concerns about the security of the F-35 and insists it cannot back away from the S-400 purchase. U.S. offers to supply it with Patriot missiles, manufactured by Raytheon Co, have failed to sway Ankara.

Asked if Turkey changed its position in any way, the official said: “There were no surprises but…the minister and the secretary were very clear with each other.”

If the United States follows through with removing Turkey from the F-35 program, and imposes sanctions on the NATO ally, it would be one of the most significant ruptures in recent history in the relationship between the two nations, experts said.

But strains in ties between Washington and Ankara already extend beyond the F-35 to include conflicting strategy in Syria, Iran sanctions and the detention of U.S. consular staff in Turkey.

Turkey’s defense ministry issued a short statement, acknowledging that the F-35 came up in discussions, as well as Syria and “other bilateral security and defense cooperation issues.”

The ministry said Esper and Akar “emphasized the importance of maintaining dialogue between Turkey and the United States.”

The head of Russian state arms exporter Rosoboronexport, Alexander Mikheev, was quoted on Wednesday saying Russia would make first delivery of the S-400 missile systems to Turkey in July.

With the clock ticking, attention will shift to an expected meeting between Turkish President Tayyip Erdogan and U.S. President Donald Trump at the G20 summit in Japan this week. Erdogan has said he expected to discuss the issue with Trump.

One senior NATO diplomat said that was probably the last chance of finding a solution.

But officials in Ankara and Washington are cautious.

“Everything indicates that Russia is going to deliver the system to Turkey and that will have consequences,” Kay Bailey Hutchison, the U.S. ambassador to NATO, said in Brussels on Tuesday.